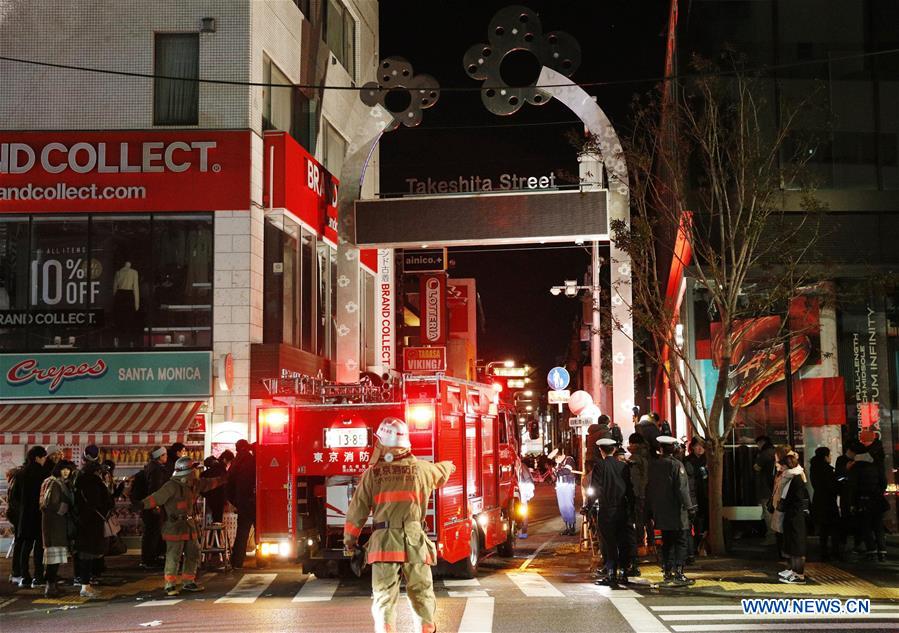 TOKYO, Jan. 1 (Xinhua) -- In the early hours of the new year, a man crashed his car into pedestrians in Shibuya Ward in Tokyo, injuring nine people in what he claimed to be a terrorist attack, local media reported Tuesday.

The attacker, 21-year-old Kazuhiro Kusakabe, was arrested by the police on suspicion of attempted murder.

The incident occurred on Takeshita Street in the Harajuku district, a famous and crowded shopping street on New Year's Eve and New Year's Day, where vehicles were banned from entering on Monday night.

Among the victims, a teenager was seriously injured when Kusakabe rammed the rental car with an Osaka license plate into the pedestrians.

The assailant claimed that he had committed an act of terrorism "in retaliation for an execution" and "would not make any excuse" for his act, local media quoted investigative sources.

It is not yet clear whether he was referring to a specific execution or the capital punishment system in Japan.