Man on parole identified as suspect in Australian mass shooting 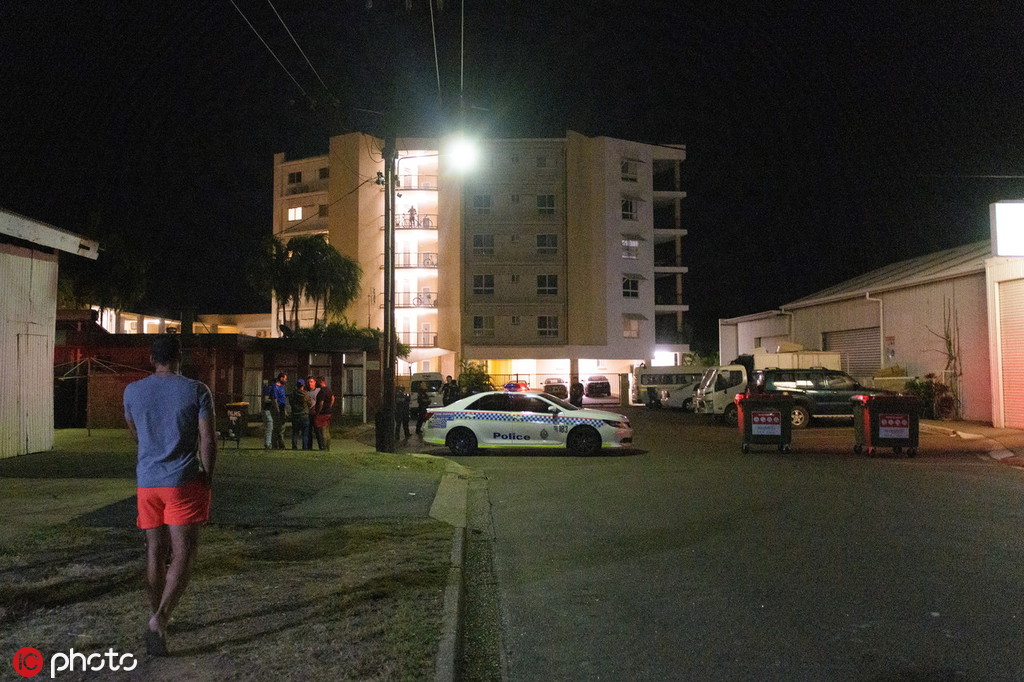 CANBERRA, June 5 (Xinhua) -- Four men are dead and a woman is in stable condition after a mass shooting in Australia's Northern Territory (NT) on Tuesday night.

Police have arrested the suspected shooter, 45-year-old Ben Hoffman who they have confirmed was released from prison on parole in January.

Police are investigating the possible links of him to motorcycle gangs. Media reported on Wednesday that he was assaulted two days before the deadly attack while News Corp Australia reported that he was recently let go from his job with a local roofing company.

It is alleged that Hoffman, who witnesses said was armed with a pump-action shotgun, shot his victims at four different locations during an hour-long rampage across Darwin in targeted attacks.

John Reid, a witness to one of the shootings in Darwin, said that the gunman entered his worksite unit at approximately 6 p.m. local time and shot his co-worker.

"He busted in and looked right at me," Reid told News Corp Australia on Wednesday.

"I thought I was dead for sure.

"I asked him what he was doing but he went right past me and shot my mate."

Michael Gunner, the NT's Chief Minister, on Tuesday night dismissed any links between the attacks and terrorism.

"I understand when an event like this occurs, especially considering recent global events, people's fears turn to terrorism. We can confirm this is not a terrorism event," he said.

It was the first mass shooting in Australia since a murder-suicide in Western Australia (WA) in May 2018 that ended in the deaths of three adults, including the perpetrator, and four children.

The WA shooting was Australia's deadliest mass shooting since the Port Arthur massacre in 1996, in which 35 people were killed. After the Arthur massacre the nation introduced strict gun control laws.