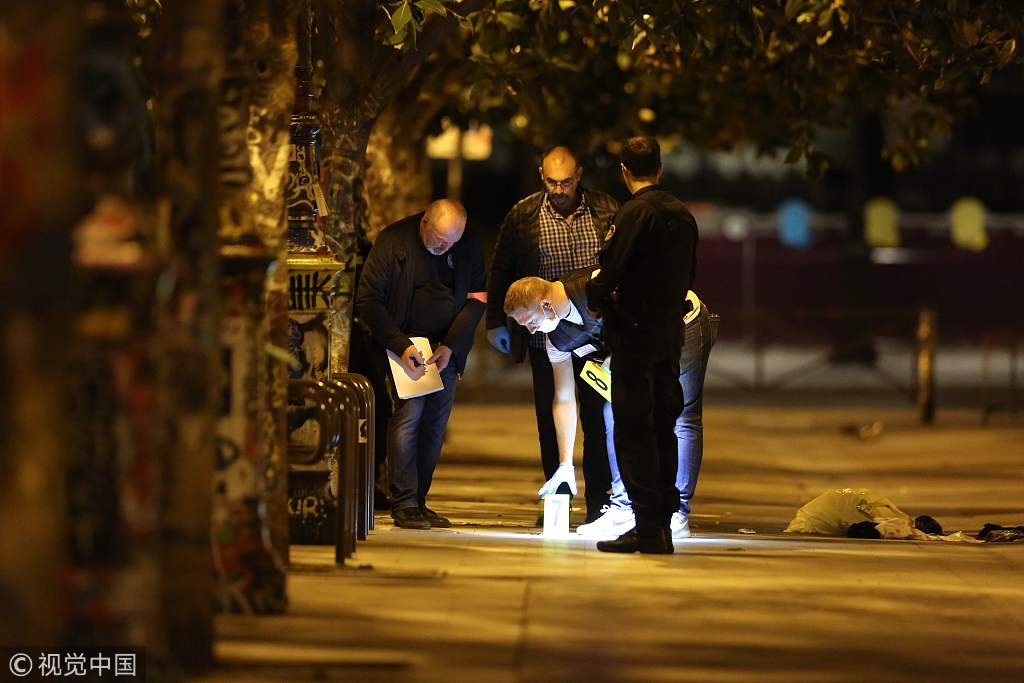 He was chased by a crowd throwing petanque balls before being arrested by the police.

The man was believed to be an Afghan who "assaulted strangers and nothing at this stage shows signs of a terrorist nature," the local redio cited a source close to the investigation as saying.

An inquiry was opened for "attempt of voluntary homicides," according to local media.

French Interior Minister Gerard Collomb expressed support to victims and their loved ones via Twitter, adding that "the judicial investigation will specify the (attack's) circumstances."

Top photo: French police is investigating on the scene where a man attacked and injured people in the streets of Paris in the 19th arrondissement on September 9, 2019. Seven people including two British tourists were wounded Sunday in Paris after they were attacked by a man armed with a knife and an iron bar, according to police and other sources. (Photo: VCG)