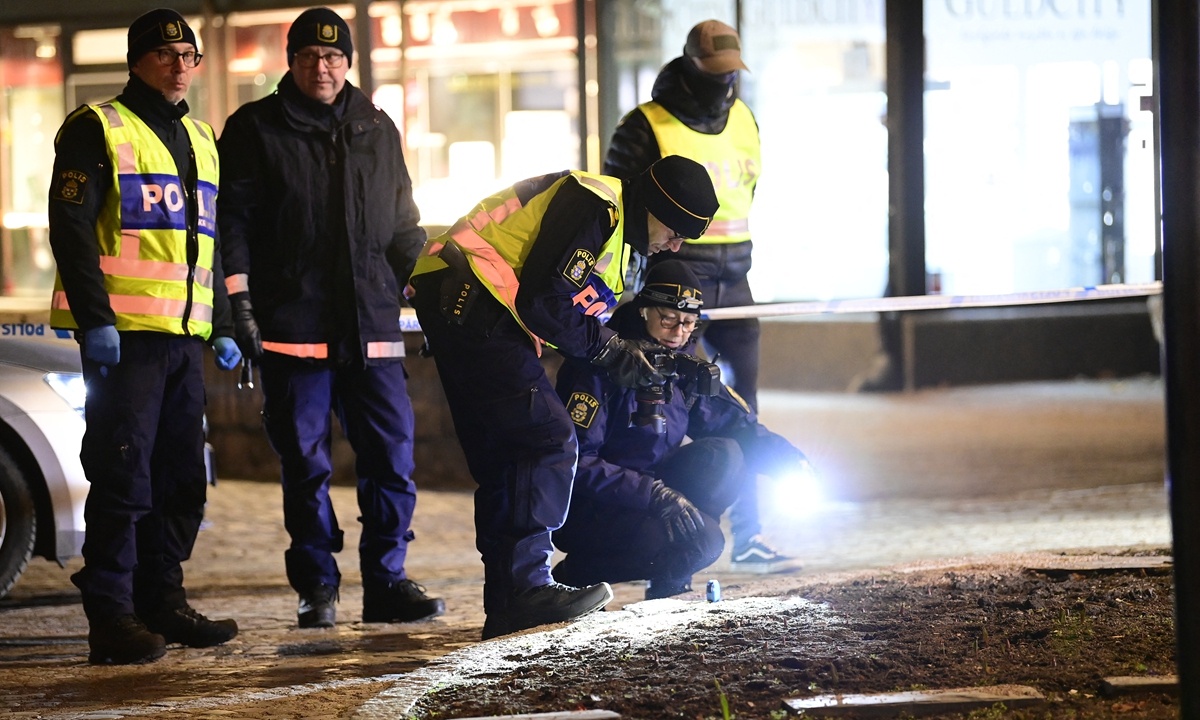 Police work at the scene where a man attacked eight people with a "sharp weapon" in the Swedish city of Vetlanda on Wednesday. (Photo: AFP)

A man stabbed eight people Wednesday in the Swedish city of Vetlanda, seriously injuring five of them in what police called a potential terror incident.

The assailant was taken to hospital after being shot in the leg by police as he was taken into custody following the mid-afternoon attack in the southern city of 13,000 inhabitants.

Speaking to AFP, police said the man in his twenties had used a "sharp weapon," while local media reported that he had brandished a knife.

Police initially treated the incident as "attempted murder" but later changed it to include a "suspected terrorist crime," without giving further details.

Three of those attacked were said to have suffered life-threatening injuries, while two others were in serious condition, according to the hospital in Jonkoping where they were being treated. The remaining three suffered lighter injuries.

Local resident Olivia Strandberg told broadcaster SVT she didn't see the actual attack but witnessed the man being taken away, from her window just as she returned home from work.

"I had just gotten to my apartment when my best friend wrote me and said: Don't go out!" Strandberg said, with the broadcaster showing footage of the suspect being taken away in an ambulance on a quiet street.

Speaking at a press conference, regional police chief Malena Grann later clarified that a preliminary investigation was still under the designation "attempted murder," but details had emerged that meant they were also looking into "potential terror motives."