A man who threw a milkshake at Brexit Party leader Nigel Farage was on Tuesday ordered to carry out 150 hours of community service and pay the British politician £350 ($438, 391 euros) in compensation. 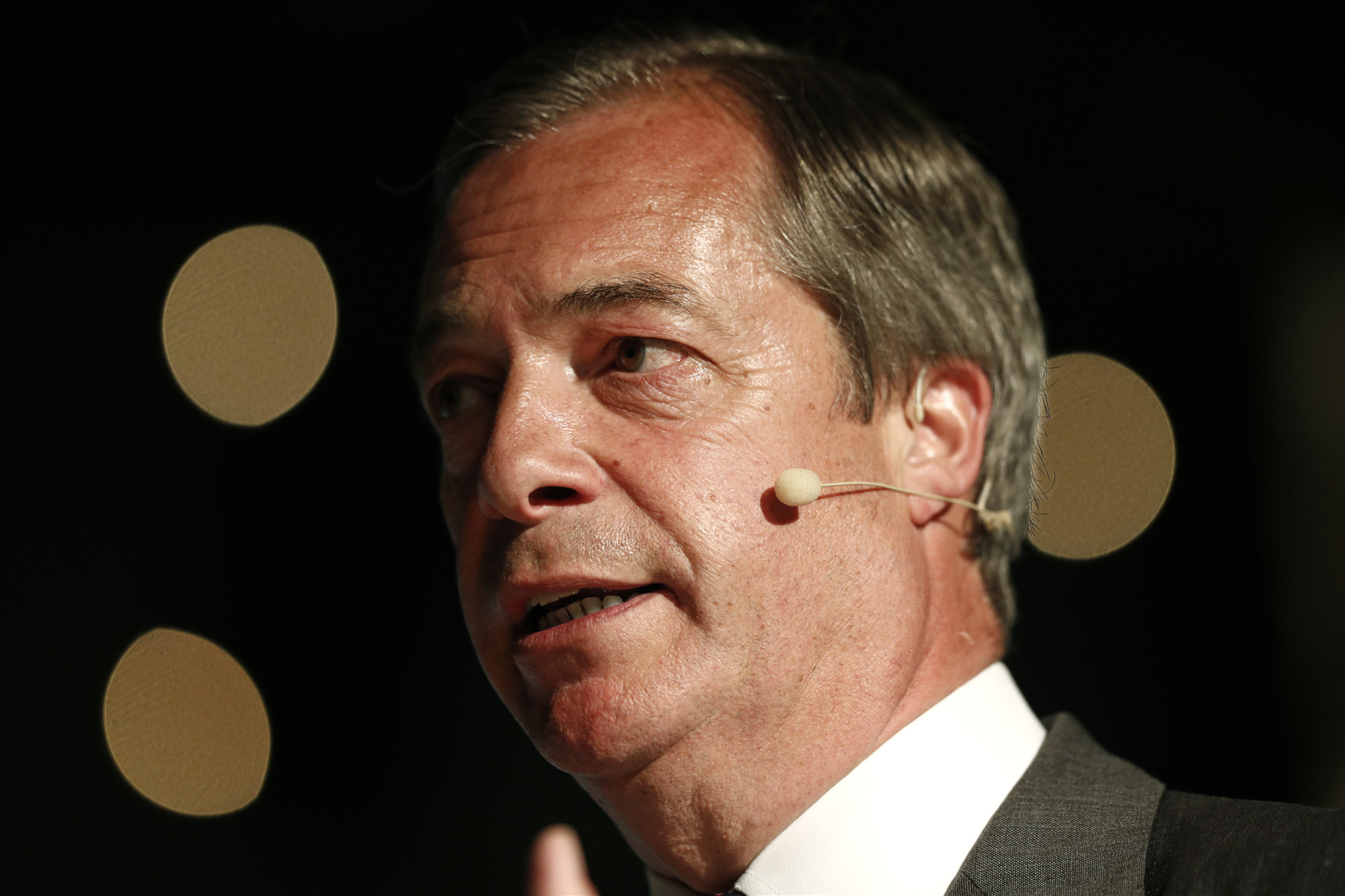 Paul Crowther, 32, admitted assault and criminal damage to a lapel microphone on Farage's suit after dousing him with a milkshake while he was campaigning for European elections in Newcastle, northeast England, on May 20.

Judge Bernard Begley told Crowther he was guilty of an "act of crass stupidity", ordering him to do 150 hours of unpaid work.

"I suppose for the split second the attack took place, Mr Farage would not know whether it was a harmless liquid or something, in this day and age, far more sinister," prosecutor James Long told North Tyneside Magistrates' Court.

Numerous members of parliament have been subject to death threats and harassment over their positions on Brexit since the 2016 referendum to leave the European Union.

Crowther told reporters at the time of the milkshake assault on Farage that his action was "a right of protest against people like him".

"The bile and the racism he spouts out in this country is far more damaging than a bit of milkshake to his front," Crowther said.

In a victim statement, Farage said: "I am concerned because of the behaviour of individuals like this, the normal democratic process cannot continue in a lawful and peaceful manner."

During the campaign for the May 23 European Parliament election, Carl Benjamin of the UK Independent Party (UKIP) and former English Defence League leader Tommy Robinson were also targeted with milkshakes.

In March, a man was jailed for 28 days for striking opposition Labour leader Jeremy Corbyn while holding an egg, in a pro-Brexit protest.