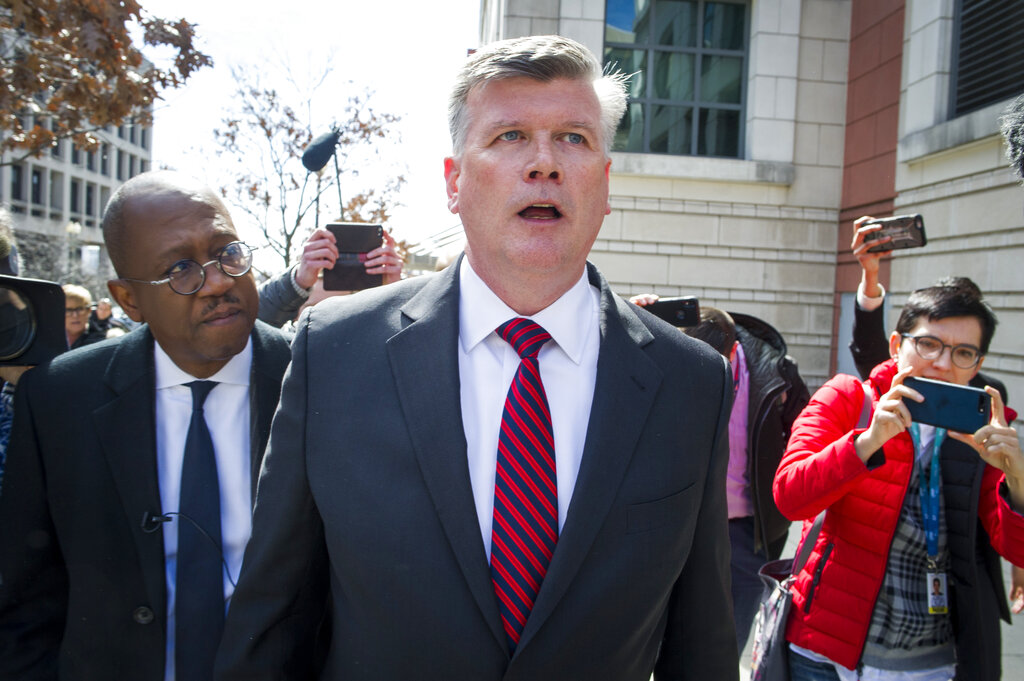 Former Trump campaign chairman Paul Manafort was sentenced to a total of seven and a half years in prison on federal charges, then was hit almost immediately with fresh state charges in New York that could put him outside the president's power to pardon.

In Washington on Wednesday, U.S. District Judge Amy Berman Jackson brushed aside Manafort's pleas for leniency and rebuked him for misleading the U.S. government about his lucrative foreign lobbying work and for encouraging witnesses to lie on his behalf.

"It is hard to overstate the number of lies and the amount of fraud and the extraordinary amount of money involved" in the crimes, Jackson told Manafort, 69, who sat stone-faced in a wheelchair he has used because of gout. She added three-and-a-half years on top of the nearly four-year sentence Manafort received last week in a separate case in Virginia, though he'll get credit for nine months already served.

The sentencing hearing was a milestone in special counsel Robert Mueller's investigation into possible coordination between the Trump campaign and Russia in the 2016 election campaign. Manafort was among the first people charged in the investigation, and though the allegations did not relate to his work for candidate Donald Trump, his foreign entanglements and business relationship with an associate the U.S. says has ties to Russian intelligence have made him a pivotal figure in the probe.

Prosecutors are updating judges this week on the cooperation provided by other key defendants in the case . Mueller is expected to soon conclude his investigation in a confidential report to the Justice Department.

Minutes after Manafort's federal sentence was imposed, New York prosecutors unsealed a 16-count indictment accusing him of giving false information on mortgage loan applications. The new case appeared designed at least in part to protect against the possibility that Trump could pardon Manafort, who led the celebrity businessman's 2016 White House bid for months. The president can pardon federal crimes but not state offenses. 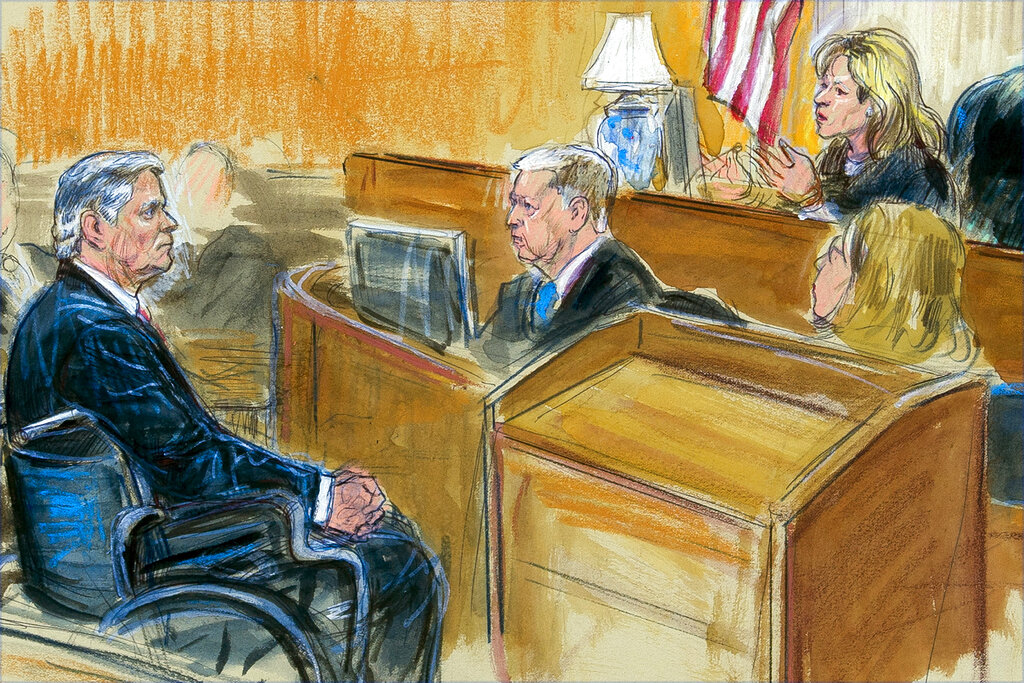 New York's attorney general's office had looked into whether it could bring state-level crimes against Manafort but faced a possible roadblock because of the state's double jeopardy law . That statute goes beyond most other states by preventing state-level charges that mirror federal counts that have been resolved — and also prevents prosecutors from pursuing state-level charges when a person has been pardoned for the same federal crimes.

Still, Manhattan prosecutors, who brought the new indictment, contend their case is safe because mortgage fraud and falsifying business records are state but not federal crimes.

At the White House, Trump said he felt "very badly" for Manafort but hadn't given any thought to a pardon. "No collusion," the president added.

On Wednesday, Judge Jackson made clear the case against Manafort had nothing to do with Russian election interference and she scolded Manafort's lawyers for asserting that their client was charged only because prosecutors couldn't get him on crimes related to potential collusion with the Trump campaign.

"The no-collusion mantra is simply a non sequitur," she said, suggesting that those arguments were meant for an audience outside the courtroom — presumably the president.

The judge said conspiracy charges concerning Manafort's unregistered foreign lobbying work and witness tampering were "not just some failure to comply with some pesky regulations" as his attorneys argued.

Instead, she said they were evidence that Manafort had spent a considerable portion of his career "gaming the system." He undermined the American political process by concealing from the public and Congress that he was working on behalf of Ukraine— and earning millions of dollars that he never reported to the IRS, she said.

"Court is one of those places where facts still matter," she said.

Reading from a three-page statement, Manafort asked for mercy and said the criminal charges against him had "taken everything from me already." He pleaded with the judge not to impose any additional time beyond the sentence he had received last week in a separate case in Virginia.

"I am sorry for what I have done and all the activities that have gotten us here today," he said in a steady voice. "While I cannot undo the past, I will ensure that the future will be very different."

Manafort said he was the primary caregiver for his wife and wanted the chance for them to resume their life together.

"She needs me and I need her. I ask you to think of this and our need for each other as you deliberate," he said. "This case has taken everything from me already — my properties, my cash, my life insurance, my trust accounts for my children and my grandchildren, and more."

His plea for leniency followed prosecutor Andrew Weissmann's scathing characterization of crimes that the government said spanned more than a decade and continued even while Manafort was awaiting trial. The prosecutor said Manafort took steps to conceal his foreign lobbying work, laundered millions of dollars to fund a lavish lifestyle and then, while under house arrest, coached other witnesses to lie on his behalf.

"He engaged in crime again and again. He has not learned a harsh lesson. He has served to undermine, not promote American ideals of honesty ... and playing by the rules," Weissmann said.

Defense lawyer Kevin Downing suggested Manafort was being unduly punished because of a "media frenzy" generated by the appointment of a special counsel.

After the hearing, Downing criticized Jackson's sentencing as he competed with shouting protesters.

"I think the judge showed that she is incredibly hostile toward Mr. Manafort and exhibited a level of callousness that I've not seen in a white-collar case in over 15 years of prosecutions," Downing said.