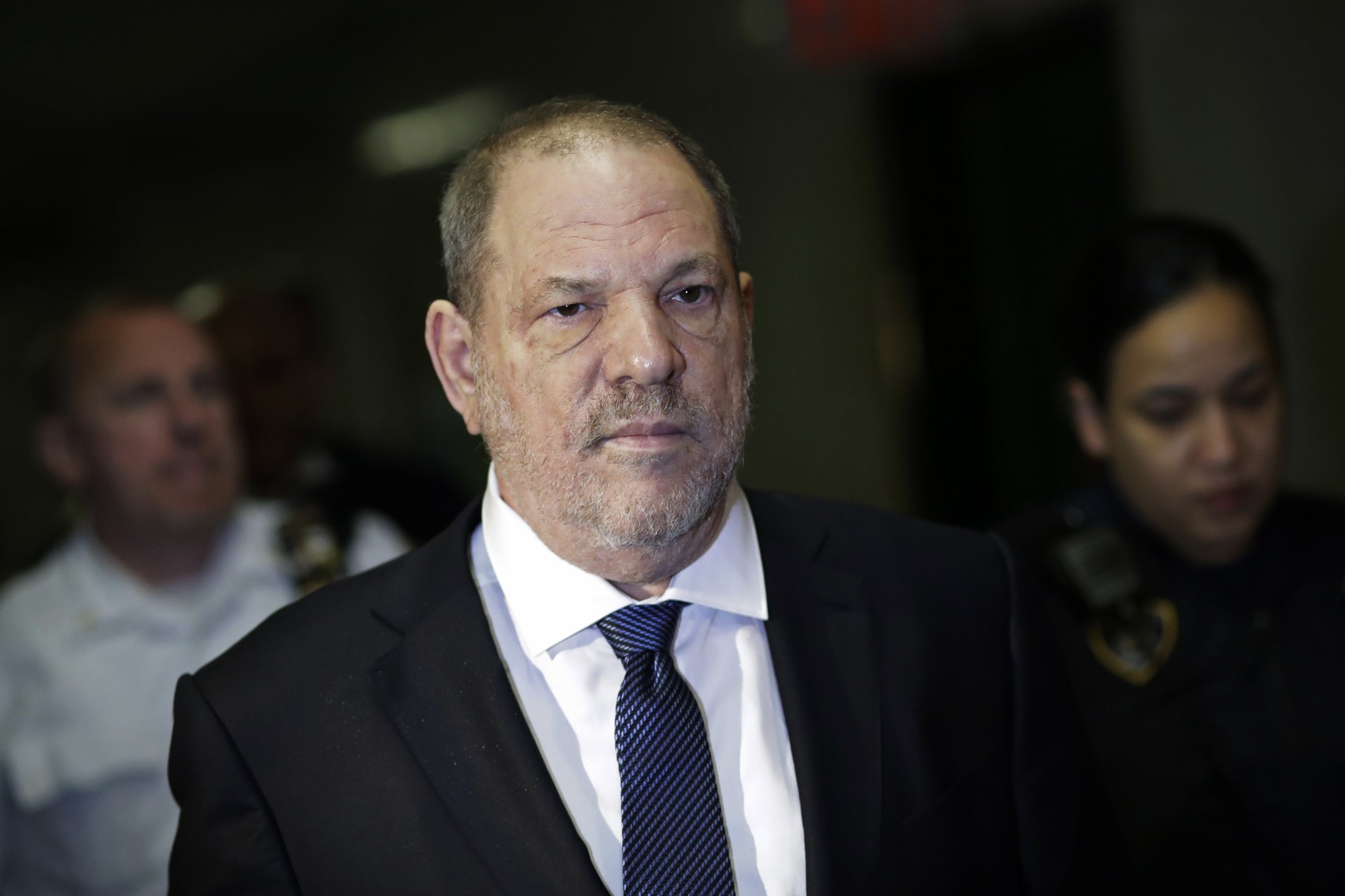 Manhattan’s district attorney dropped part of the criminal sexual assault case against Harvey Weinstein on Thursday after evidence emerged that cast doubt on the account one of his three accusers provided to the grand jury.

The development was announced in court Thursday with Weinstein looking on.

The tossed charge involves allegations made by one of the three accusers in the case, Lucia Evans, who was among the first women to publicly accuse Weinstein of sexual assault.

In an expose published in The New Yorker one year ago Wednesday, Evans accused Weinstein of forcing her to perform oral sex when they met alone in his office in 2004 to discuss her fledgling acting career. At the time, Evans was a 21-year-old college student.

Assistant District Attorney Joan Illuzzi-Orbon told the judge that prosecutors wouldn’t oppose dismissal of the count in the case involving Evans. She insisted the rest of the case, involving two other accusers, was strong.

“In short, your honor, we are moving full steam ahead,” she said.

Weinstein’s lawyer, Benjamin Brafman, told the judge he believed Evans had lied both to the grand jury and to The New Yorker about her encounter with Weinstein. He also said he believed a police detective had corruptly attempted to influence the case by keeping a witness from testifying about her misstatements.

“The integrity of these proceedings has been compromised,” he said. Outside court, he suggested that Evans should be prosecuted criminally for perjury.

Details of the potential problems with Evans’ testimony were not discussed in court, but were expected to be included in court filings set to be unsealed later in the day.

Weinstein’s lawyers and prosecutors had been wrangling over the part of the indictment pertaining to Evans’ allegations over the last few weeks in closed-door meetings and sealed court papers.

Brafman said that inconsistencies in Evans’ account were initially discovered by a fact checker at The New Yorker.

In a statement, a lawyer for Evans said she was disappointed by the DA’s decision to “abandon” her.

“Let me be clear: the decision to throw away my client’s sexual assault charges says nothing about Weinstein’s guilt or innocence. Nor does it reflect on Lucia’s consistent allegation that she was sexually assaulted with force by Harvey Weinstein,” said attorney Carrie Goldberg. “It only speaks volumes about the Manhattan DA’s office and its mishandling of my client’s case.”

Weinstein, who has denied all allegations of non-consensual sex, still faces charges over allegations that he raped an unidentified woman in his hotel room in 2013 and performed a forcible sex act on a different woman in 2006.

He has pleaded not guilty and is free on $1 million bail.

Images of Weinstein in handcuffs were seen by many women as a cathartic moment in the #MeToo reckoning. The collapse of part of the case against him could mean trouble for the prosecutor.

Manhattan District Attorney Cyrus R. Vance Jr. has already been fiercely criticized for declining to prosecute Weinstein when an Italian model accused him of grabbing her breasts in 2015. At the time, Vance cited a lack of supporting evidence, despite the existence of a clandestinely made recording of Weinstein discussing the episode with the woman.

In the months after The New York Times and The New Yorker began publishing stories about Weinstein’s interactions with women, activists pressured Vance to bring charges as dozens of people came forward with claims of sexual misconduct against him.

New York Police officials poured on the pressure, too, saying publicly that they believed they had gathered ample evidence to make an arrest.

The Associated Press does not identify alleged victims of sexual assaults unless they come forward publicly, as Evans has done.