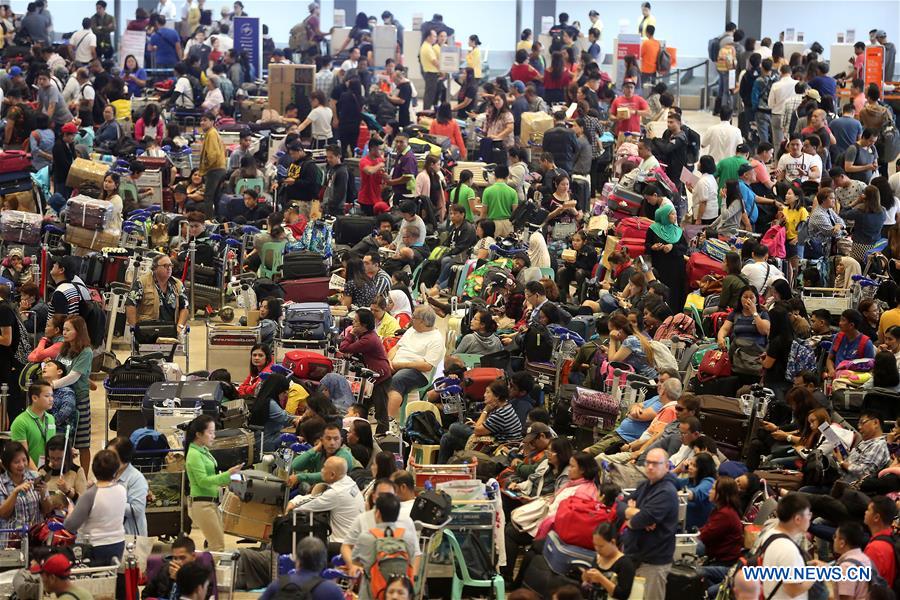 A crowd of stranded passengers wait for resumption of their flights at the Ninoy Aquino International Airport (NAIA) in Paranaque City, the Philippines, Aug. 18, 2018. (Photo: Xinhua/Rouelle Umali)

Philippine airport authorities reopened on Saturday its main runway of the Manila International Airport hours after the removal of the badly-damaged Xiamen Air passenger plane that skidded off the runway on Thursday.

Moreover, he said Xiamen Air will also send a team to Manila to fully cooperate with the Philippine aviation authorities in the ongoing investigation of the accident and to assist the stranded passengers.

Thousands of passengers were stranded at various airports across the country following the cancellation of 135 flights in all three terminals on Friday as a result of the accident. Several incoming flights were also diverted to Clark airport, north of Manila, and Cebu in the central Philippines.

The plane then swerved off the runway and onto a grass safety patch a few meters from the main runway after a "missed approach" due to "heavy downpour."

All passengers and crew were declared safe.

It took more almost 36 hours for authorities to remove the plane from the soggy grassy area where it got stuck, causing the closure of the runway and the disruption of the operation of the Philippines' main airport.