WORLD Marcelo aiming to end his career at Real Madrid

Marcelo aiming to end his career at Real Madrid 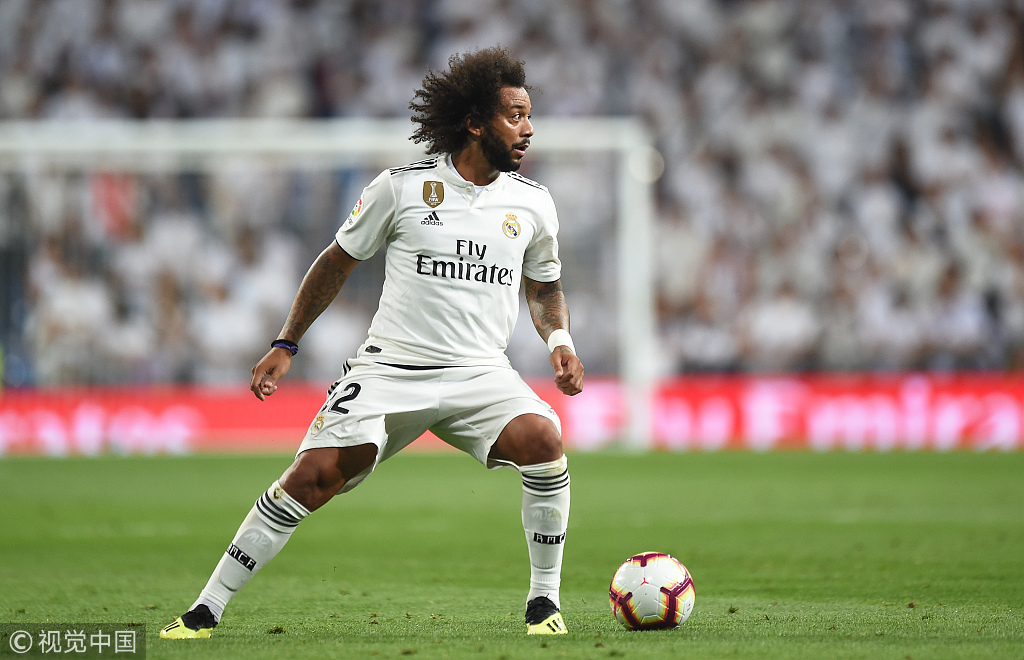 Marcelo of Real Madrid in action during the La Liga match between Real Madrid CF and Getafe CF at Estadio Santiago Bernabeu on August 19, 2018 in Madrid, Spain. (Photo: VCG)

MADRID, Sept. 6 (Xinhua) -- Although he has been linked with a move away from the club, Real Madrid's 30-year-old left back, Marcelo insists that after 12 years playing at the Santiago Bernabeu Stadium, there is no place where he would rather play his football.

Marcelo is known to be close to Cristiano Ronaldo, who left Madrid to join Juventus in July, and was consequently also linked with a move to the Italian club. However, in an interview on Real Madrid TV, the Brazilian said he wanted to end his career playing in the Bernabeu.

"I'm very happy at Real Madrid, it's my home and I've got many years left on my contract. I'm very happy here," said Marcelo, who added it was "good" to talk because "there are always rumors and it's tough for me to have to continually show I want to be here and can play here."

"I want to be at Madrid for many years. I'm very calm about it all and I want to continue at Real Madrid... I'm as hungry as when I was 18 years old. I'll be here until the end," he insisted.

Despite doubts following Ronaldo's departure and Zinedine Zidane's decision to step down as coach, Madrid have kicked off the season with three wins in three games and sit just behind FC Barcelona in the Liga Santander table.

"I feel great. I'm eager to keep improving in every match and every training session. We're going down a very positive path. It's the early stages, just the very beginning of the season, but we're feeling fantastic," said the defender, who praised the work of new coach, Julen Lopetegui.

"The coach has come in to help us. We're looking good both with and without the ball," he commented.