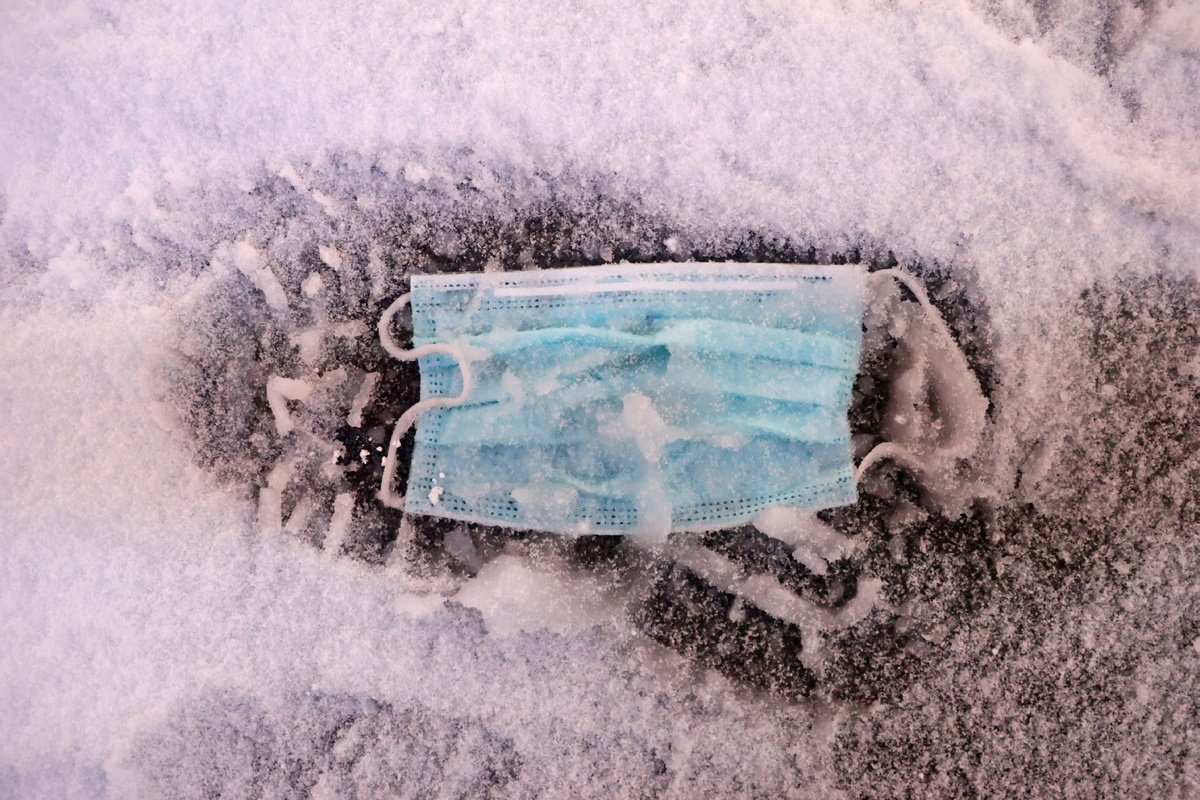 A face mask is seen on the ground as snow begins to fall in Times Square in the Manhattan borough of New York City, New York, on Dec 16, 2020. (Photo: Agencies)

The city reported its first novel coronavirus fatality on March 14, 2020, and the event will recognize all the people who have died from the bug, said the mayor.

A total of 25,099 NYC deaths were linked to COVID-19; 20,295 of them were confirmed deaths from the virus, while 4,804 other fatalities were deemed "probable" COVID-19 cases, according to the city's Health Department.

"So many we lost were victims of disparities ... victims of too much racism," the mayor said during his year-end press briefing.

As of Thursday afternoon, the coronavirus deaths added up to 25,144 and confirmed cases to 426,060 in NYC, according to The City, a project that tracks the spread of confirmed COVID-19 infections and fatalities in New York City, based on information provided by the New York City Department of Health and Mental Hygiene, the governor's office, the COVID Tracking Project and the Center for Systems Science and Engineering at Johns Hopkins University.