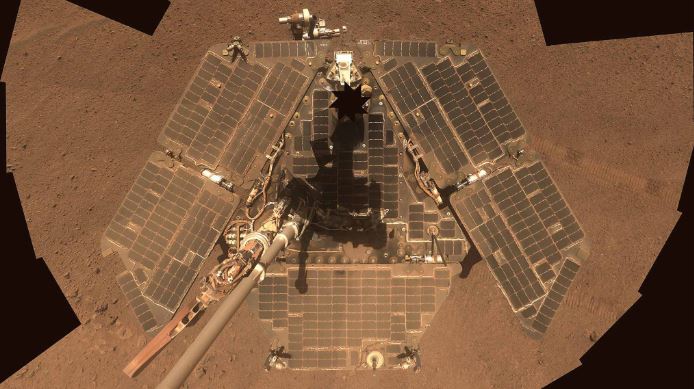 The US space agency NASA is anxious to hear from its dust-silenced Mars rover, Opportunity, as the planet's red skies clear.

Flight controllers have been on the alert for a message from Opportunity ever since a dust storm enveloped Mars in June and contact was lost. The storm has finally diminished. That means the sky is now clear enough for Opportunity's solar panels to receive sunlight and fire back up.

But NASA this week warned it may never hear from Opportunity again. If there's no word back in the next couple of months, NASA said it will cut back on its listening effort. Even if a message does get through, that may be the most the rover – mute since June 10 – can muster.

Opportunity is going on 60 times its planned mission life, has traveled 45 kilometers and found evidence of water on Mars and conditions that may have been suitable for sustaining microbial life.

And even though it is hobbled, having lost the use of its front steering and 256-megabyte flash memory, not everyone is ready to give up so fast.

The hashtags #SaveOppy and #WakeUpOppy have gained popularity on Twitter, with appeals to keep trying to contact the rover led by a former flight director and Earth-based rover driver for Opportunity, Mike Siebert.

Opportunity's twin, Spirit, got stuck in soft Martian dirt in 2009, and NASA eventually gave up trying to free it. Both rovers were designed to operate for just 90 days, however, they exceeded expectations. They were launched separately in 2003 and landed on Mars in 2004.

NASA's younger Curiosity rover was unaffected by the dust storm; it relies on nuclear, versus solar or power.

Another NASA spacecraft, meanwhile, is on its way to Mars and should land in November. Named InSight, this robotic explorer has solar panels.