WORLD Mars will reach closest to Earth in 15 years

Mars will reach closest to Earth in 15 years

Mars is making its closest approach to Earth in 15 years on Tuesday, which means the red planet will be shinier and bigger and easier to observe, said US space agency NASA. 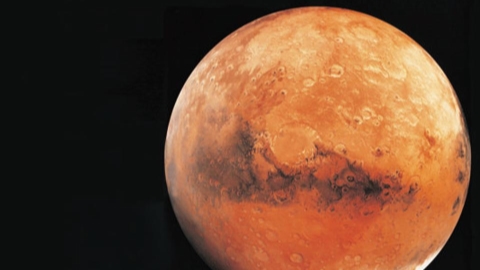 The two planets will be just 57.6 million km apart on July 31, while Mars will appear brightest on July 27-30, making it easier to be seen with telescope or the naked eye.

"It's magnificent. It's as bright as an airplane landing light," said astronomer Harry Augensen from Widener University, Pennsylvania.

"Not quite as bright as Venus, but still because of the reddish, orange-ish-red color, you really can't miss it in the sky."

Before the closest approach, Mars will be in opposition on Friday, which means Mars and the Sun will appear in opposite positions as viewed from Earth. On the same day, the longest total lunar eclipse of this century will be visible in Africa, Asia, Australia, Europe and South America.

Mars will look fainter by mid-August since it travels farther away from Earth in the orbit around the Sun.

Mars and Earth were closer than this year in 2003, when the two planets were just 55.7 million km apart, which was the closest in nearly 60,000 years and won't happen again until 2287, NASA said.