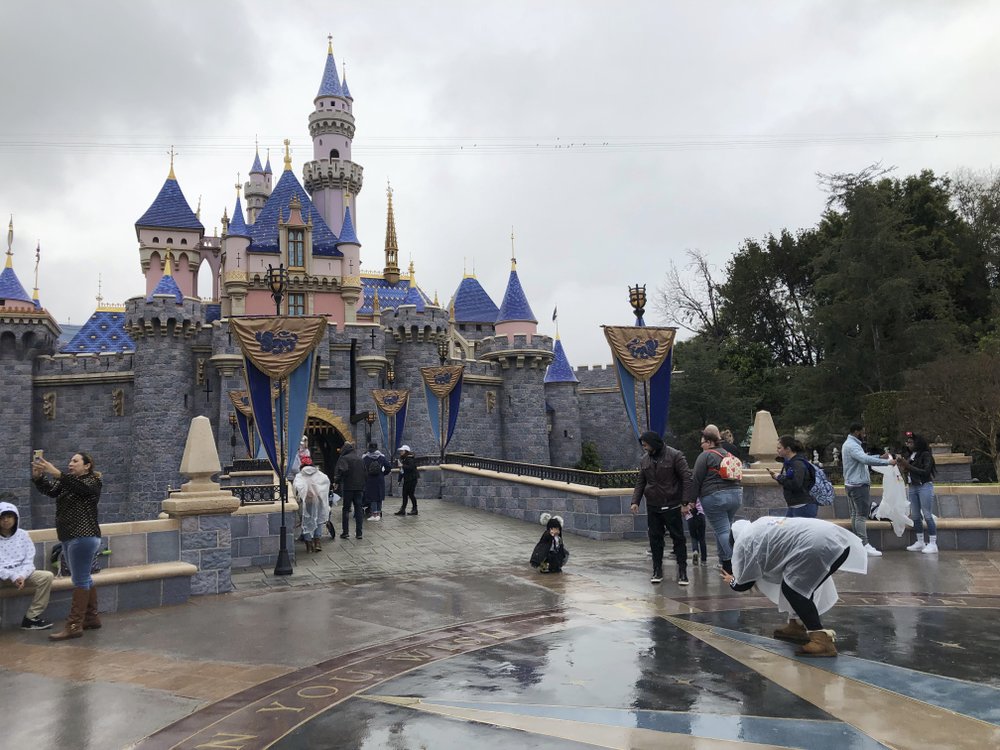 In this March 13, 2020, file photo, visitors take photos at Disneyland in Anaheim, Calif. Disney is proposing to reopen its Southern California theme parks in mid-July after a four-month closure due to the coronavirus, the company said on Wednesday, June 10, 2020. (Photo: AP)

Governments and businesses are ramping up precautions as coronavirus case numbers rise to dire new levels in parts of the U.S. and around the world, potentially wiping out two months of progress.

Indonesia was expected to pass the 50,000 mark for confirmed infections on Thursday. In Melbourne, health workers planned to go door-to-door to test more than 100,000 residents in a coronavirus hot spot that threatens to undo the nation’s success in battling the virus.

In the Indian capital of New Delhi, which has reported more than 70,000 cases, authorities said they would conduct house-to-house screening over the coming two weeks. With the city’s hospitals overwhelmed, military personnel were providing care at makeshift medical wards fashioned from railroad coaches.

The Africa Centers for Disease Control and Prevention said the continent’s cases have surged to more than 336,000, up by 10,000 from a day earlier. The Africa CDC chief said the pandemic on the 54-nation continent “is picking up speed very quickly” while shortages of testing materials and medical equipment remain severe in many countries.

The actual numbers of cases everywhere, are thought to be far higher due to a number of reasons including limited testing.

World financial markets were rattled by the setbacks in fighting the pandemic, which cloud prospects for recoveries of economies mired in their worst downturn since the Great Depression of the 1930s.

Asian shares fell Thursday after the Dow Jones Industrial Average lost over 700 points overnight for a drop of 2.7% and the broader S&P 500 fell 2.6%.

South Korea was still struggling to quell an outbreak there, reporting 28 new cases on Thursday, mostly associated with nightlife, churches, a huge e-commerce warehouse and door-to-door sales. But the numbers have not reached the hundreds of new cases every day in late February and early March.

While some governments are considering more aggressive action to stem fresh outbreaks, in other places such precautions are being unwound.

Skyscraper-studded Dubai, in the United Arab Emirates, ended a monthslong nightly curfew, with the city-state’s media office saying in a tweet that there would be “free move all day & night” as long as people wore masks and maintained social distancing.

European nations appeared on track to reopen their shared borders by July 1, and their EU representatives debated criteria for lifting restrictions on visitors from outside Europe. In Greece, aviation officials were visiting airports regional opens due to open to direct international flights on July 1.

Americans are unlikely to be allowed into EU nations, given how the pandemic is flaring in the U.S. and President Donald Trump’s ban on Europeans entering the United States.

American hospital administrators and health experts warned Wednesday that politicians and a public tired of being cooped up are letting a disaster unfold. The 34,700 COVID-19 cases reported Tuesday returned the U.S. to near its late April peak of 36,400 new cases in one day, according to a count kept by Johns Hopkins University.

New York Gov. Andrew Cuomo, New Jersey Gov. Phil Murphy and Connecticut Gov. Ned Lamont announced their states, which were devastated by early outbreaks that appear to be under control, will require travelers from certain states to quarantine for 24 days upon arrival.

The quarantine applies to people coming from states with a positive test rate higher than 10 per 100,000 residents on a seven-day average, or with a 10% or higher positive rate over seven days.

Several states have set single-day case records this week. They include Arizona, California, Mississippi, Nevada, Texas and Oklahoma. Some also broke hospitalization records, as did North Carolina and South Carolina.

The virus has been blamed for over 120,000 U.S. deaths — the highest toll in the world — and more than 2.3 million confirmed infections nationwide. On Wednesday, the widely cited University of Washington computer model of the outbreak projected nearly 180,000 deaths by Oct. 1.

“People got complacent,” said Dr. Marc Boom, CEO of the Houston Methodist hospital system. “And it’s coming back and biting us, quite frankly.”

Alarmed, some states are moving to ensure more consistent use of face masks and other anti-virus measures.

Nevada’s governor announced the state will require use of face-coverings in public places to stem rising infections after casinos, restaurants and other businesses started reopening.

Dr. Peter Hotez, an infectious-disease expert at the Baylor College of Medicine in Texas, said he worries that states will squander what time they have to head off a much larger crisis.

“We’re still talking about subtlety, still arguing whether or not we should wear masks, and still not understanding that a vaccine is not going to rescue us,” he said.

Worldwide, over 9.4 million people have been confirmed infected, and nearly 500,000 have died, by Johns Hopkins’ count.

Dr. Michael Ryan, the WHO’s emergencies chief, said when countries will hit their peak numbers of infections hinges entirely on what people do.

“There are no magic answers. There are no spells here. You can’t divine this away,” Ryan told reporters in Geneva. “We have to act at every level.”