Twenty-eight whales were found dead in the remote southeast of Australia Wednesday, following a mass stranding that has baffled experts.

A pilot flying a private plane over Croajingolong National Park in Victoria state spotted 27 pilot whales and one humpback stranded on the beach Tuesday afternoon. 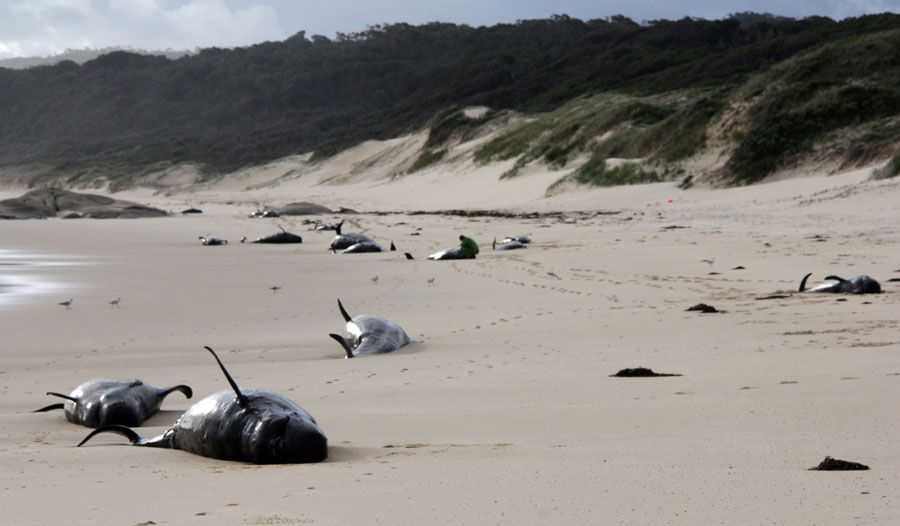 This handout photo from Parks Victoria taken and released on November 28, 2018 shows dead whales on a beach in Croajingolong National Park in Victoria state. (Photo: AFP)

An initial visit by park authorities later that day found eight of the whales were still alive but in a critical state. By the time rangers returned on Wednesday, all were dead, officials said.

The humpback whale is thought to have died well before the rest in a separate incident.

Gail Wright of Parks Victoria said samples were being taken from the remains to try to understand how the whales came to be stranded.

"It's one of the great mysteries, we don't know why this happens," she told AFP, adding that this was probably the largest stranding in that part of Australia since the early 1980s.

Up to 145 pilot whales were found washed ashore on the weekend in a remote part of southern New Zealand.

Half the animals were already dead and the rest were put down because there was no chance of rescuing them in the remote location.

Exactly why whales and dolphins strand is not fully known but factors can include sickness, navigational error, geographical features, a rapidly falling tide, being chased by a predator, and extreme weather.