The recent mass fish deaths in the Oder River that runs through Poland and Germany were caused by the proliferation of brackish water algae, which in turn was triggered by a sudden increase in the river's salinity levels, according to a German expert report published on Friday.

Fishermen first discovered dead fish in the river near the Polish town of Olawa at the end of July. The fish deaths down the river in Germany were only reported around two weeks later.

Tons of dead fish have been pulled from the Oder river as the micro-algae at issue—known as Prymnesium parvum, or golden alga—produces a toxic substance that is lethal to fish and other aquatic organisms. A Polish-German expert group was subsequently set up to investigate. 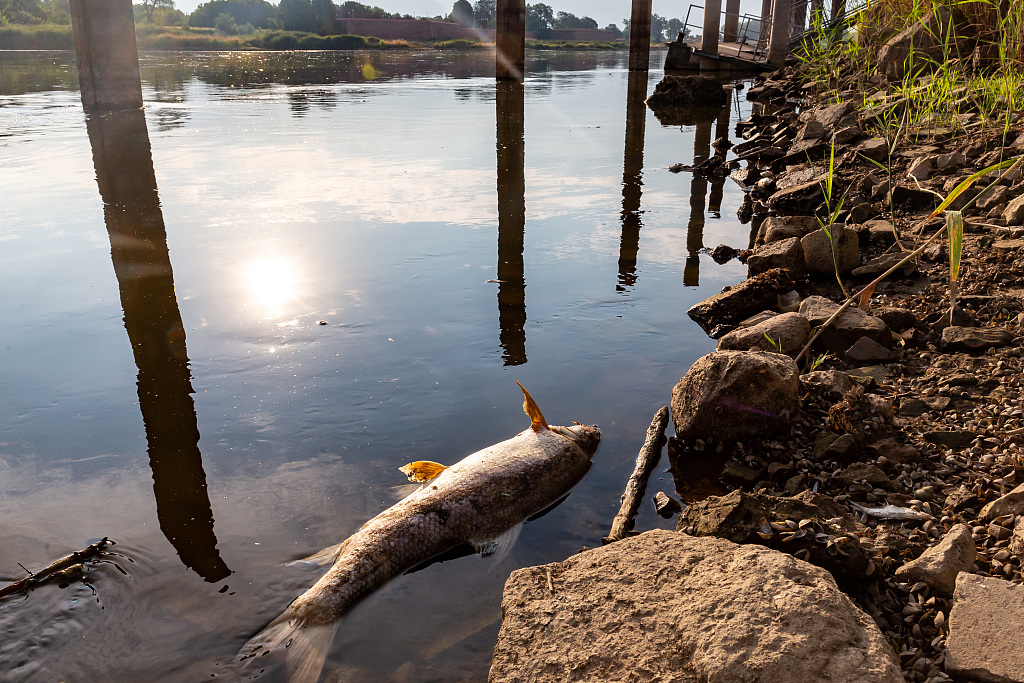 Dead fish floating on the surface of the Oder River. (Photo: CFP)

The fish deaths in the Oder are a "serious environmental catastrophe," Germany's Minister for the Environment Steffi Lemke said, stressing that it was "caused by human activities." Alongside attempts to fully understand what happened, the focus now is on the regeneration of the Oder river.

The exact cause of the high salinity level could not be determined "due to a lack of available information," the Ministry for the Environment and the German Environment Agency said in a statement.

It also remained unclear about how the algae, which naturally occurs in salty brackish water near coasts, reached the Oder river. Salinity levels in other rivers in Germany are also too high without the phenomena occurring.