WORLD Mass rave in France breaks up amid virus fears

Mass rave in France breaks up amid virus fears

Revellers early Saturday began leaving an illegal New Year rave in northwestern France that drew some 2,500 people, led to clashes with police and sparked concerns it could spread the coronavirus. 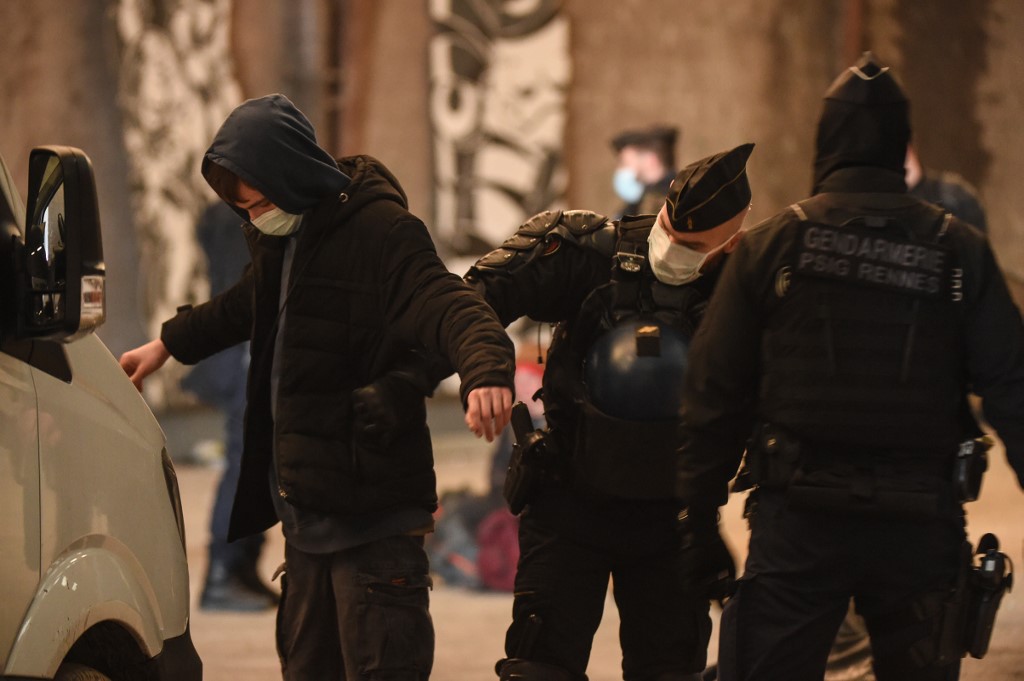 French Gendarmes pat down a reveller after breaking up a rave near a disused hangar in Lieuron about 40km (around 24 miles) south of Rennes, on January 2, 2021. (Photo: AFP)

Police had failed to stop the underground event, set up in two warehouses in Lieuron, south of Rennes in Brittany on Thursday.

Such mass gatherings are strictly prohibited across France to prevent the spread of Covid-19, and a nationwide 8:00 pm curfew -- which was not lifted for New Year -- applies across the country.

The local prefecture said Saturday the music had been switched off after two nights and the first revellers began leaving the site before dawn.

"There has been no intervention by security forces," it said in a statement, but added that police were checking all those leaving the site.

Only "a few hundred" revellers remained, the prefecture said, quoting an association that oversees the security risks of such events.

Interior Minister Gerald Darmanin tweeted that the large police presence at the site had led to the breakup of the rave "without violence."

About half of the car park at the site was empty Saturday morning, an AFP photographer said.

Police had Thursday night tried to "prevent this event but faced fierce hostility from many partygoers" who set one of their cars on fire and threw bottles and stones, the prefecture said on Friday.

Those present had come from across France and even abroad, it said.