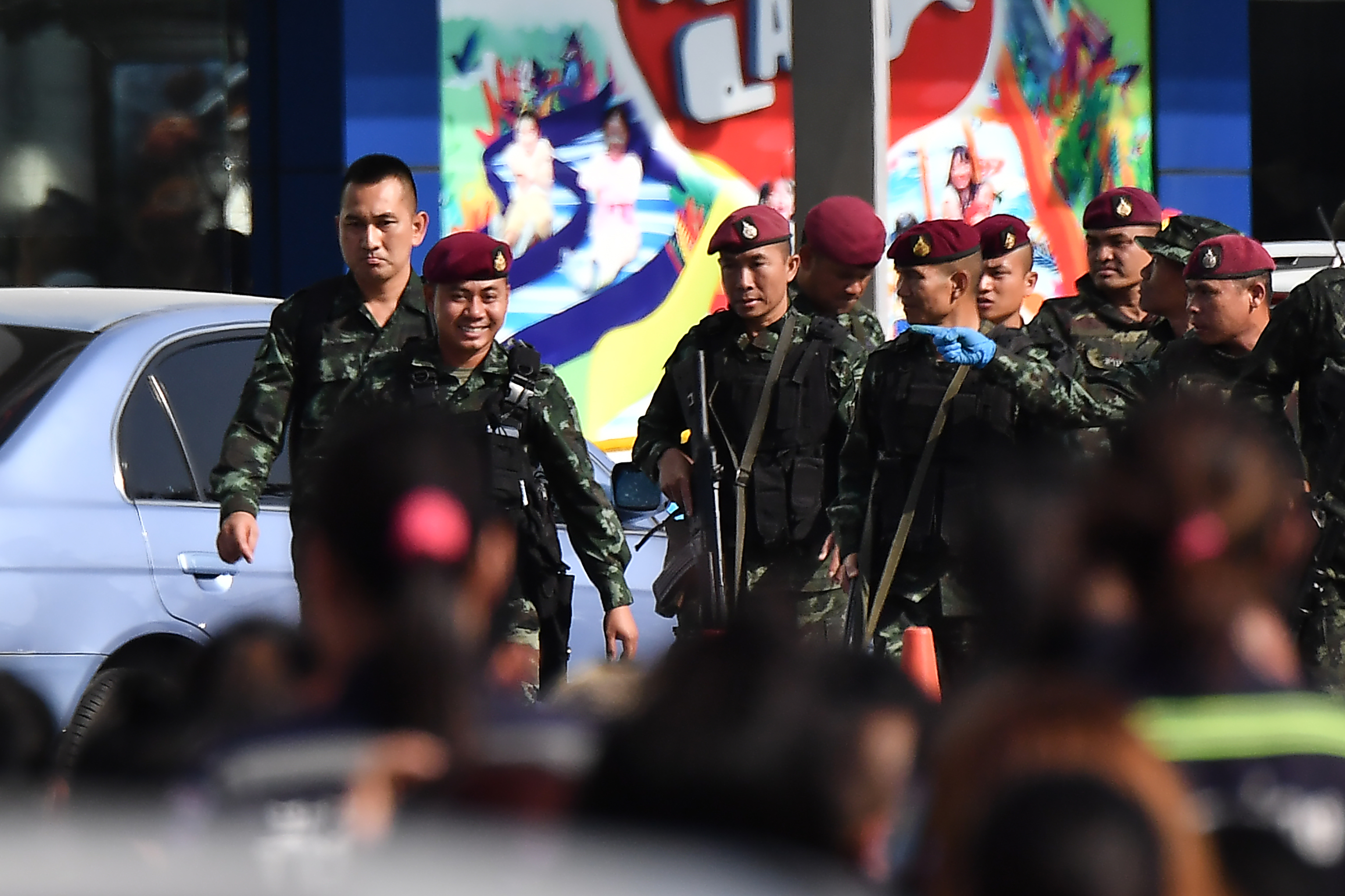 Photo: Soldiers leave the Terminal 21 mall, where a mass shooting took place, in the Thai northeastern city of Nakhon Ratchasima on February 9, 2020. / AFP

Bangkok (People's Daily)- A gunman who leaves 27 people killed and 51 injuried in a shooting spree at a shopping mall in northeastern Thailand late Saturday was killed by the police, Thai Prime Minster Prayut Chan-o-cha confirmed on Sunday.

"It is unprecedented in Thailand, and I want this to be the last time this crisis happens," he said outside a hospital where victims were sent after they were evacuated from the shopping mall where the 17-hour rampage took place.

Prayut added that the gunman's motive was linked to the sale of a house.

The gunman holed up in a mall overnight was "shot dead" Sunday morning, police said, ending a near-24-hour ordeal which has stunned the country.

Volleys of gunfire rang out as the siege ran into dawn, hours after Thai security services stormed the ground floor and freed scores of stunned, terrified shoppers from a bloody rampage that the gunman -- a junior army officer identified as Sergeant-Major Jakrapanth Thomma -- had relayed via Facebook posts.