WORLD Massive fire breaks out at hospital in Eastern India

Massive fire breaks out at hospital in Eastern India 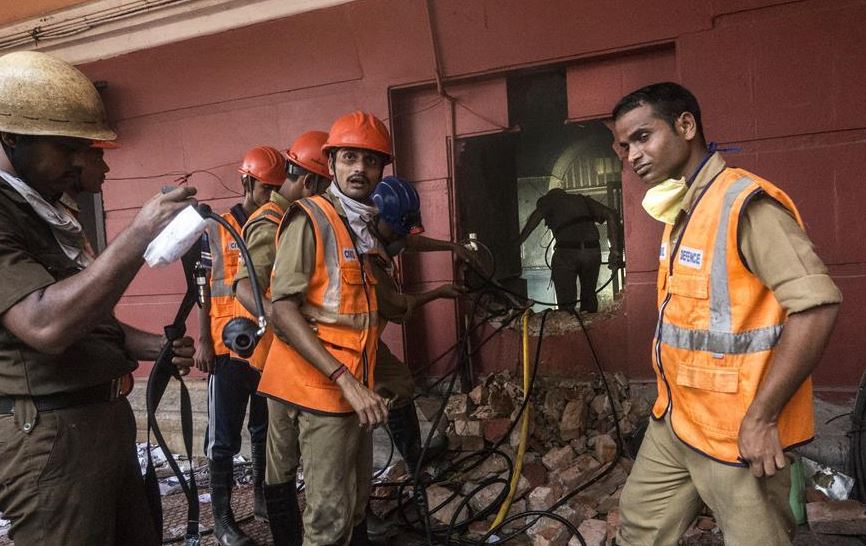 Firefighters extinguish a massive fire at one of the oldest and largest government hospitals in Kolkata, India, on Oct. 3, 2018. (Photo: Xinhua)

NEW DELHI, Oct. 3 (Xinhua) -- A massive fire broke out at one of the oldest and largest government hospitals in the eastern Indian city of Kolkata Wednesday morning, officials said.

"The fire started at the pharmacy of the Calcutta Medical College and Hospital and soon engulfed one of the buildings on the hospital premises. Fortunately, there have been no casualties as some 250 patients were evacuated from the building," a hospital official said.

Fire officials said that 10 tenders have been pressed into service to contain the flames. "We are trying our best to douse the flames," a fire official said.

Apart from the fire brigade, the state's disaster management authority personnel have also reached the medical college. "A massive rescue operation is underway at the hospital," the hospital official added.

Local TV channels showed footage of patients being carried out of the hospital building in stretchers with their saline drips.

"A probe has been ordered to ascertain the cause of the fire," the fire official said.