WORLD Massive fire breaks out in plastic plant in US Texas

Massive fire breaks out in plastic plant in US Texas

HOUSTON, Aug. 19 (Xinhua) -- A massive fire that broke out overnight at a plastics plant near U.S. Texas city of Dallas is likely to burn for days, officials said on Wednesday morning. 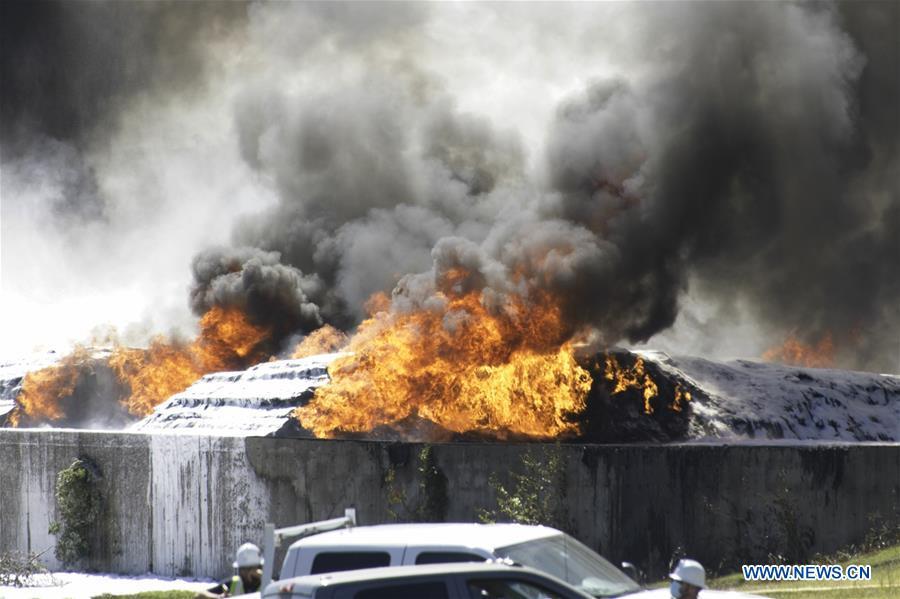 Fire and smoke are seen at a plastic plant in Grand Prairie, about 21 kilometers west of Dallas, Texas, the United States, Aug. 19, 2020. (Photo: Xinhua)

Local fire department officials said the fire started around midnight at a plastic plant in Grand Prairie, about 21 kilometers west of Dallas, when a power line fell onto a storage area containing plastic sheeting.

Grand Prairie Fire Department Assistant Chief Bill Murphy said one of the rail cars caught fire and then the fire spread, adding that no injuries have been reported.

The Dallas Morning News quoted Murphy as saying that the fire has been somewhat contained, but it's still likely to burn for at least two days.

"The flames aren't as big," the local newspaper quoted Murphy as saying. "Our biggest problem is this is a lot of plastic. It burns very hot. You've got to have a lot of foam to put on it ... There's just not enough foam to put on this large of a fire."

Fire officials are now concerned that additional power lines will fall as the fire continues to burn, Murphy said.