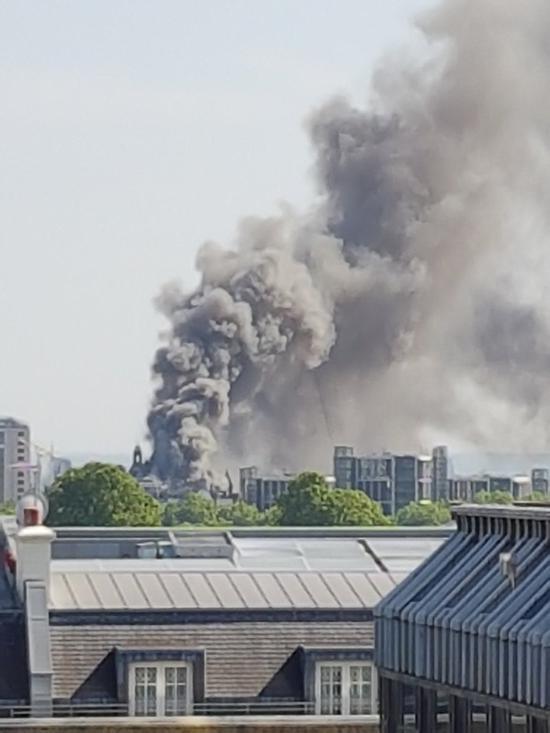 London Fire Brigade said the firefighters are tackling a large fire at the hotel of 12 floors in.

It is not immediately known whether there are any casualties.

The fire came as the city commemorated the one year anniversary of the Grenfell Tower fire which claimed 72 lives.