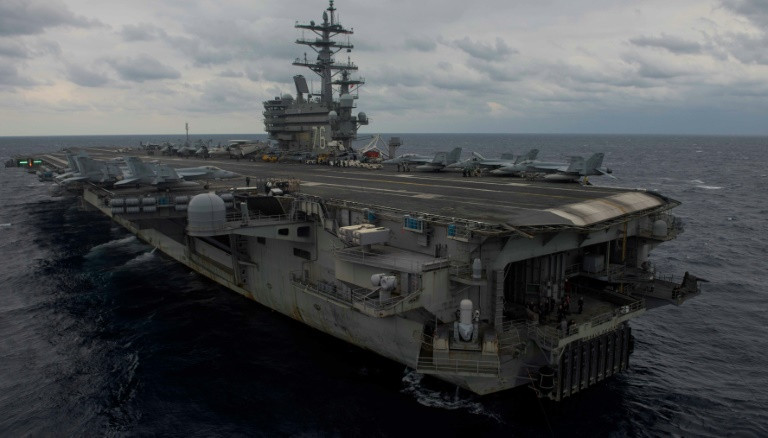 Eight warships joined a US aircraft carrier and scores of helicopters and planes Thursday to search for three American sailors who went missing after their plane crashed in the Philippine Sea.

The families of the missing sailors were notified after a C-2A "Greyhound" aircraft with 11 people on board went down Wednesday afternoon around 930 kilometres (500 nautical miles) southeast of Okinawa, the US Navy said in a statement.

Eight sailors were rescued shortly after the accident and taken for medical evaluation to USS Reagan, an aircraft carrier that was in the Philippine Sea for an exercise with Japanese forces.

"All are in good condition at this time," the statement added.

The plane was on a routine transport flight, carrying passengers and cargo from Marine Corps Air Station Iwakuni in southern Japan to the USS Ronald Reagan.

The Reagan is leading the joint effort by the US and Japanese navies to find the missing sailors.

"Searching through the night, several ships and aircraft covered more than 320 nautical miles (600 kilometres) as of this morning," the US Navy said in a statement on Thursday.

The American destroyers USS Stethem, USS Chafee and USS Mustin have been combing the area, along with maritime patrol and reconnaissance aircraft and helicopters. 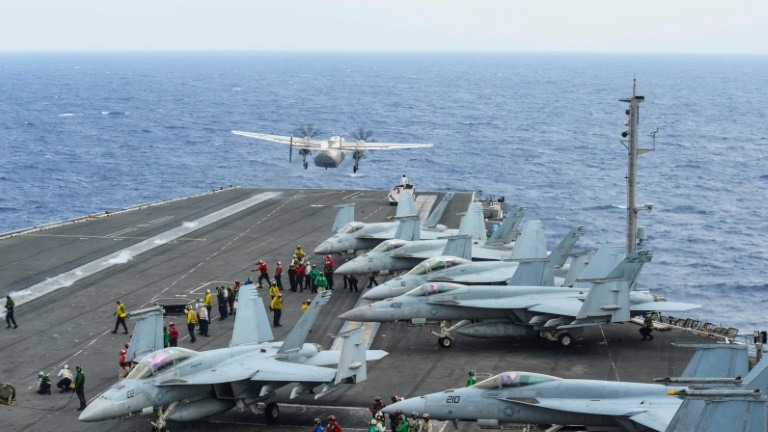 The C2-A is a re-supply workhorse for US aircraft carriers, routinely ferrying cargo, mail and people onto and off the globally deployed vessels

They were joined by the Japanese "helicopter carriers" JS Kaga and JS Ise, as well as the Japanese destroyers JS Teruzuki, JS Samidare and JS Shimakaze.

On Wednesday US President Donald Trump tweeted: "The @USNavy is conducting search and rescue following aircraft crash. We are monitoring the situation. Prayers for all involved."

The C-2A is a re-supply workhorse for US aircraft carriers, routinely ferrying cargo, mail and people onto and off the globally deployed vessels.

The crash is the latest in a string of recent accidents involving US naval vessels in the region. 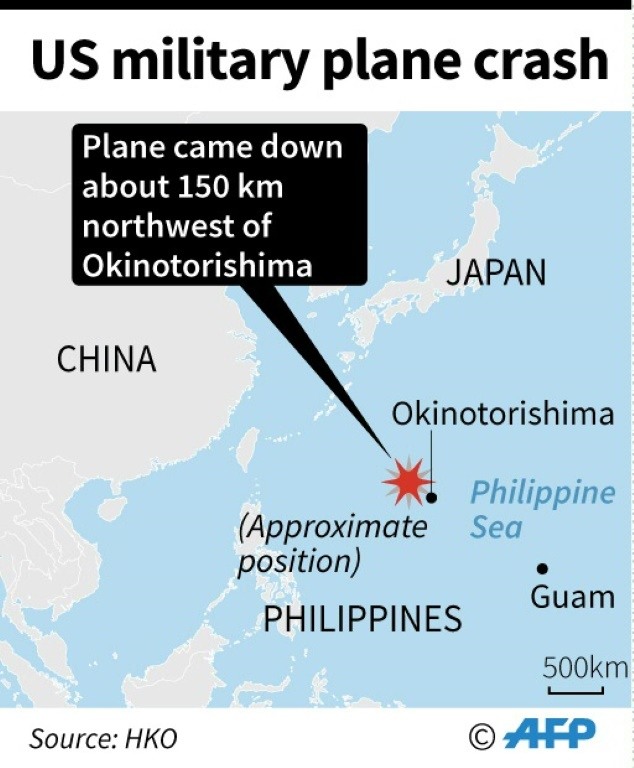 Map showing the area where a US military plane crashed

In August, the destroyer USS John S. McCain collided with a tanker off Singapore, killing 10 sailors and injuring five others.

Two months earlier in June, another destroyer, the USS Fitzgerald, and a cargo ship smashed into each other off Japan, leaving seven sailors dead.

There were two other, lesser-known incidents. In January, the USS Antietam ran aground near its base in Japan, and in May, the USS Lake Champlain collided with a South Korean fishing vessel.