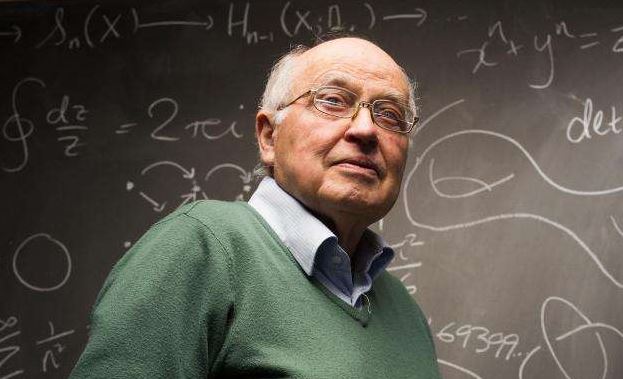 LONDON, Jan. 12 (Xinhua) - One of the world's most revered mathematicians, Michael Atiyah, passed away on Friday at the age of 89, according to a tribute published by the Royal Society, Britain's foremost scientific academy.

The British-Lebanese mathematician served as President of the Royal Society between 1990 and 1995. His other positions included Master of Trinity College at the University of Cambridge, founding director of the Isaac Newton Institute for Mathematical Sciences and others.

He was the awardee of a Fields Medal, the most esteemed award in mathematics. He also received the Abel Prize and the American Philosophical Society's Benjamin Franklin Medal, among others.

Throughout his long career, Atiyah produced original and profound work in the areas of geometry and topology that has helped push forward the development in quantum theories and general relativity.

In its tribute, the Royal Society called Atiyah "a great mathematician" and "a true internationalist and fervent supporter for investing in talent."

Although Atiyah's work in recent years sparked controversies in the scientific and mathematical community, such as publishing a questionable solution to the Riemann hypothesis, one of the greatest challenges in mathematics, his long and prolific career made him a towering figure in mathematics.

"Sir Michael Atiyah was a dear mentor, friend and role model, unmatched in intellect and energy," said Robbert Dijkgraaf, director of the Institute for Advanced Study, one of the world's leading centers for basic research where Atiyah use to be a member and professor.