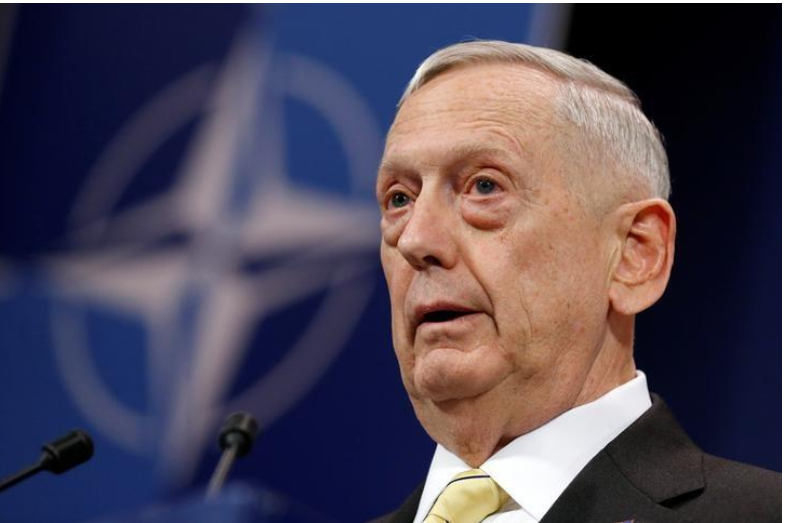 US Defense Secretary Jim Mattis said on Friday that he expected to see a larger US civilian presence in Syria, including contractors and diplomats, as the fight against Islamic State militants nears its end and the focus turns toward rebuilding and ensuring the militants do not return.

The United States has about 2,000 troops in Syria fighting Islamic State. Mattis’ comments are likely to anger Syrian President Bashar al-Assad, who has previously called US troops “illegal invader” forces.

He has previously stated that US forces will stay in Syria as long as Islamic State fighters want to fight and prevent the return of an “ISIS 2.0.”

This is the first time he has said that there would be an increase of diplomats in the parts of the country retaken from Islamic State militants.

“Well when you bring in more diplomats, they are working that initial restoration of services, they bring in the contractors, that sort of thing,” Mattis said.

“There is international money that has got to be administered, so it actually does something, it doesn’t go into the wrong people’s pockets,” he added.

The contractors and diplomats would also be looking at training local forces to clear improvised explosive devices (IEDs) and holding territory to help ensure that Islamic State does not retake territory.

“It is an attempt to move toward the normalcy and that takes a lot of support,” said Mattis. It was not clear how many US diplomats would serve in Syria and when. The United States has suspended diplomatic relations with Syria due to the civil war.

Assad’s forces, helped by Russian air power and Iran-backed militias, have managed to reestablish control over most of Syria over the past two years.

The US-led coalition battling Islamic State in Syria has repeatedly said it does not seek to fight Assad’s forces, though Washington want the president to step down.

When asked whether Syrian government forces could move to disrupt the US plans, Mattis said: “That would probably be a mistake.”