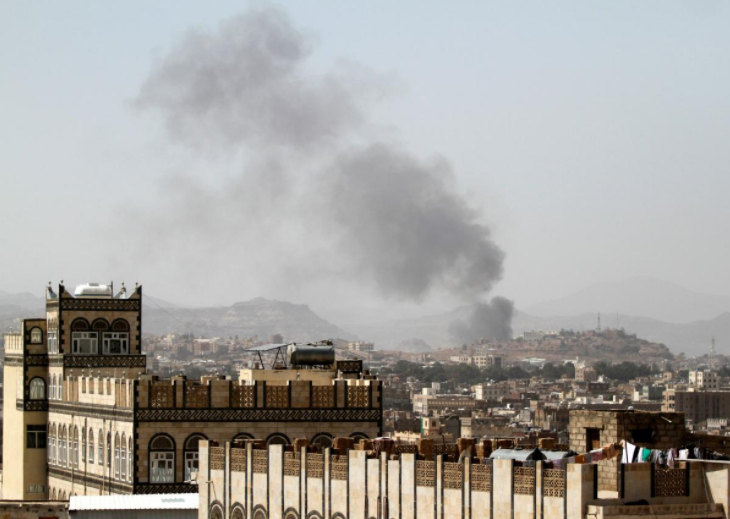 There is an urgent need to find a political solution to Yemen’s war, US Defense Secretary Jim Mattis told Saudi Crown Prince Mohammed bin Salman on Thursday, as he voiced hope for a U.N. special envoy’s peace efforts and firmly backed Riyadh.

A Saudi-led coalition intervened in neighboring Yemen in 2015 against Iran-aligned Houthis, who had ousted the internationally recognized government of President Abd-Rabbu Mansour Hadi. The civil war has killed an estimated 10,000 people.

“We must also reinvigorate urgent efforts to seek a peaceful resolution to the civil war in Yemen and we support you in this regard,” Mattis said.

Asked by reporters at the start of his talks whether he would raise the issue of civilian casualties in Yemen, Mattis said: “We are going to end this war, that is the bottom line. And we are going to end it on positive terms for the people of Yemen but also security for the nations in the peninsula.”

Mattis praised Saudi Arabia for the “significant amounts of humanitarian aid” it had provided to civilians in Yemen. The Saudi-led coalition said earlier this year it would commit $1.5 billion in humanitarian aid for the country.

The war in Yemen has displaced more than 2 million people and driven the country - already the poorest on the Arabian Peninsula - to the verge of widespread famine. Nearly 1 million people have been infected with cholera.

On Tuesday, the US Senate killed a resolution seeking an end to US support for Saudi Arabia’s campaign in Yemen.

The vote was largely along party lines, although a handful of Democrats voted with the majority Republicans to kill the measure, and a handful of Republicans supported the failed effort to let it move ahead. 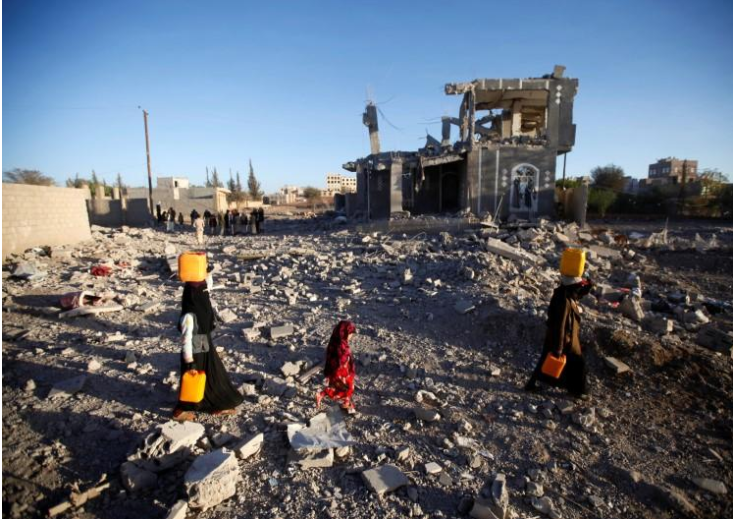 People carry water tanks as they walk at the site of damage after a Saudi-led air strike, north of Yemen's capital Sanaa, March 8, 2018. (Photo: Reuters)

During Senate debate before the vote, some backers called the three-year-long conflict in Yemen a “humanitarian catastrophe,” which they blamed on the Saudis.

The United States provides refueling and intelligence support to the Saudi-led coalition.

Speaking with reporters after the meeting, the Pentagon said Mattis did not bring up civilian casualties in Yemen, but it was discussed after a reporter asked a question about the issue.

Pentagon spokeswoman Dana White said that during the meeting, the crown prince talked about increasing cooperation with the US military, including training.

President Donald Trump gave a warm welcome to the crown prince during a meeting at the White House earlier this week and credited US defense sales to Saudis with boosting American jobs.

The Pentagon said Mattis and the crown prince also discussed Afghanistan, and Riyadh was willing to help members of the Taliban and their families who were interested in reconciliation efforts.

The United States has said it is seeing signs of interest from elements of Afghanistan’s Taliban insurgency about talks with Kabul to end the more than 16-year-old war.

White, the Pentagon spokeswoman, said the Saudi crown prince was “quite positive” that Gulf countries involved in a long-running dispute would be able to move past it.

Washington is keen to end the standoff between Qatar on one side and several other Arab nations, including Saudi Arabia, on the other. The rift has divided the Gulf Cooperation Council group of countries and hurt US-led efforts to maintain a strong front against Iran.