Mattis: US commitment to NATO 'iron-clad' 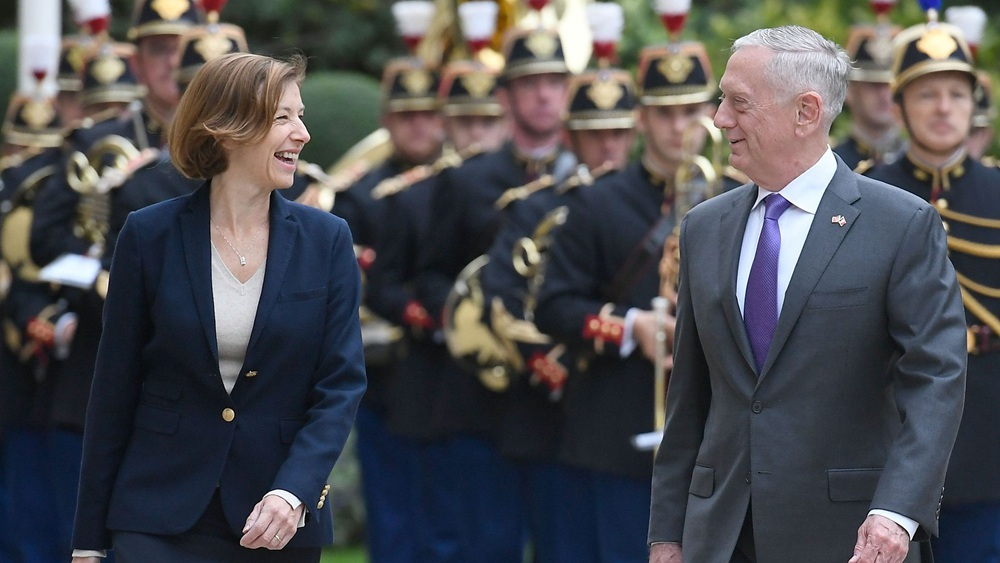 At a press conference in Paris, Mattis said "actions speak loudest," adding: "The US has acted, showing that our commitment to the transatlantic alliance remains iron-clad."

He stressed that US lawmakers have not cut military spending in Europe "by a single cent, instead maintaining once again the highest levels of commitment since the 1989 fall of the Berlin Wall."

Some NATO members are concerned about Trump's commitment to the alliance and have bristled at his repeated criticism of European allies for not spending enough on their militaries, particularly Germany.

"The United States is making sharing the burden a priority. It is also a French priority," she said. "It's a question of making the whole Atlantic alliance function better."

Mattis' words of reassurance come a day ahead of a gathering of NATO defense ministers in Brussels.

US officials have stressed that Washington is fully committed to NATO and mutual defense, despite comments from Trump that have worried some of its members.

Before taking office he called NATO "obsolete" and soon after a tumultuous summit in July he questioned whether the US would honor the alliance's founding principle of mutual defense for newest member Montenegro.