British Prime Minister Theresa May on Sunday delayed a vote on her Brexit deal in the Parliament, saying it should take place by March 12, a little more than two weeks before the UK is due to leave the European Union. 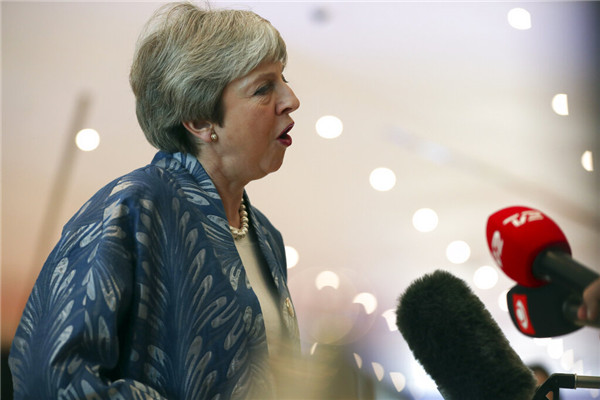 British Prime Minister Theresa May speaks with the media as she arrives for an EU-Arab summit at the Sharm El Sheikh convention center in Sharm El Sheikh, Egypt, Sunday, Feb. 24, 2019. (Photos: AP)

The move has the potential to further sow discord within her Cabinet.

Three senior Cabinet members already had suggested Saturday that they may break ranks with her and back amendments to delay Britain's departure unless a deal is agreed upon by Parliament over the next week.

But May told reporters Sunday as she traveled to Egypt for an EU-Arab League summit and talks with European Council President Donald Tusk that her negotiating team would return to Brussels on Tuesday for talks aimed at wringing concessions out of her reluctant EU partners.

"As a result of that we won't bring a meaningful vote to Parliament this week. But we will ensure that that happens by March 12," she said.

Britain is due to leave the EU in just over a month on March 29. The UK would be the first country to leave the bloc and the move is full of deep economic and political consequences. But May has been unable to convince the UK Parliament to endorse the draft Brexit deal she agreed with the Europeans in November. Any deal must also be endorsed by the European Parliament before the deadline. 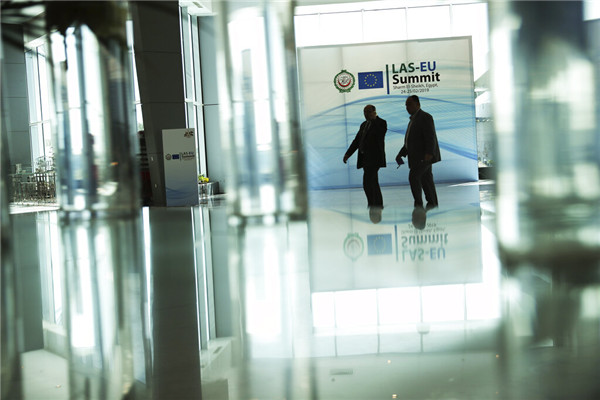 "It is still within our grasp to leave the European Union with a deal on March 29," May said.

An EU official poured cold water on any hopes for concessions from Tusk on Britain's departure terms at their meeting in the resort city of Sharm el-Sheikh, saying "there will be no deal in the desert."

The official insisted that EU leaders wouldn't formally discuss Brexit at the summit, suggesting that little might come from the talks with Tusk beyond a photo opportunity to show that May is unrelenting in her pursuit of concessions. The official wasn't permitted to speak publicly about Brexit while talks are ongoing.

British lawmakers will consider various Brexit options this week as May continues to seek concessions from her EU counterparts. No visible signs of progress have emerged in recent weeks as the 27 other member countries continue to insist that they will not renegotiate the legally-binding divorce deal.