WORLD May, Juncker to meet again on Brexit Wednesday

May, Juncker to meet again on Brexit Wednesday

The Latest on the Brexit negotiations (all times local):

British Prime Minister Theresa May will meet with EU Commission President Jean-Claude Juncker late Wednesday for a latest attempt to find a breakthrough in the stalled Brexit negotiations. 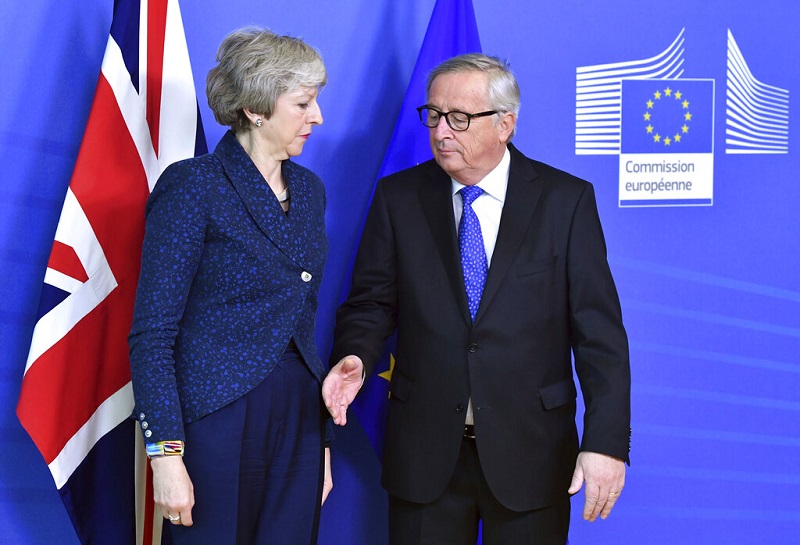 EU Commission spokesman Margaritis Schinas made the announcement Tuesday as the slated March 29 departure date for the United Kingdom to leave the EU draws ever closer.

May has vowed that she will deliver the U.K. departure from the EU on time, but successive attempts to find a solution have been fruitless. She met with Juncker also earlier this month.

EU Commission President Jean-Claude Juncker says he can't rule out that a delayed Brexit could mean the United Kingdom would participate in this spring's European Parliament election.

However, Juncker told German daily Stuttgarter Zeitung in an interview published Tuesday that such a scenario was "difficult to imagine," saying it would be a "belated joke of history."

Britain is scheduled to withdraw from the European Union on March 29, but the U.K. government is trying to revisit a divorce deal agreed with the EU last year. Brussels is refusing to budge.

Juncker told the Stuttgarter Zeitung it's up to Britain to decide whether it wants to request a delay to the Brexit date, but that it should happen before the newly elected European Parliament gathers in early June.