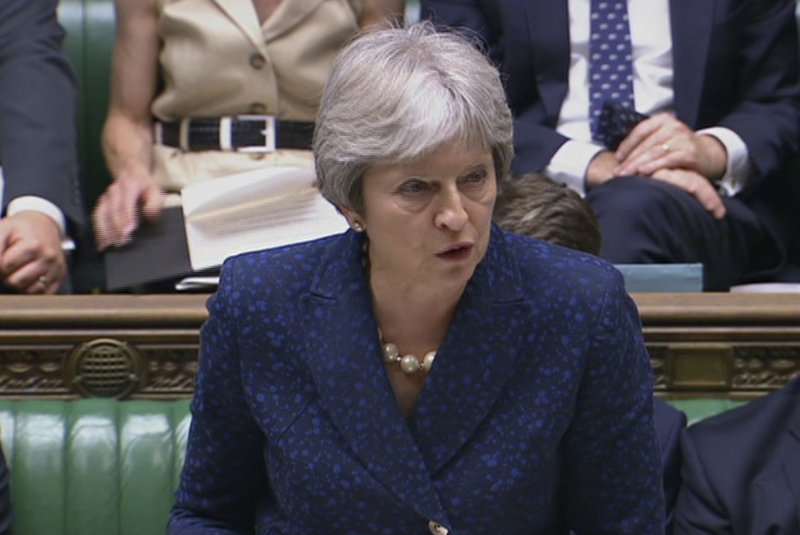 British Prime Minister Theresa May has named Jeremy Hunt to the job of foreign secretary after the resignation of Boris Johnson.

Hunt, who had been the health secretary, is considered one of May’s most loyal ministers.

May’s government was rocked Monday by the resignations of Johnson and Brexit Secretary David Davis. They quit amid divisions in the government over Brexit.

Johnson and Davis advocate a clean break with the European Union, known as “hard Brexit.” Hunt, who backed the “remain” side in Britain’s 2016 EU membership referendum, favors keeping close economic ties to the bloc after the U.K. leaves next year.

Now-former British Foreign Secretary Boris Johnson has slammed Prime Minister Theresa May in a resignation letter, accusing her of flying “white flags” of surrender in negotiations with the European Union.

Johnson, one of the most vocal and popular proponents of Britain’s exit from the European Union, quit as Britain’s top diplomat on Monday. His move came hours after Brexit Secretary David Davis also resigned, blowing open divisions over how to leave the EU that threaten to topple May’s government.

Johnson said in his letter that May’s plan to keep close economic ties with the bloc means the U.K. is heading for a “semi-Brexit” that would leave Britain with the “status of colony” within the EU.

He said: “The Brexit dream is dying, suffocated by needless self-doubt ”

May’s supporters worry that more ministers could resign, and pro-Brexit lawmakers from her Conservative Party could trigger a no-confidence vote in the prime minister.