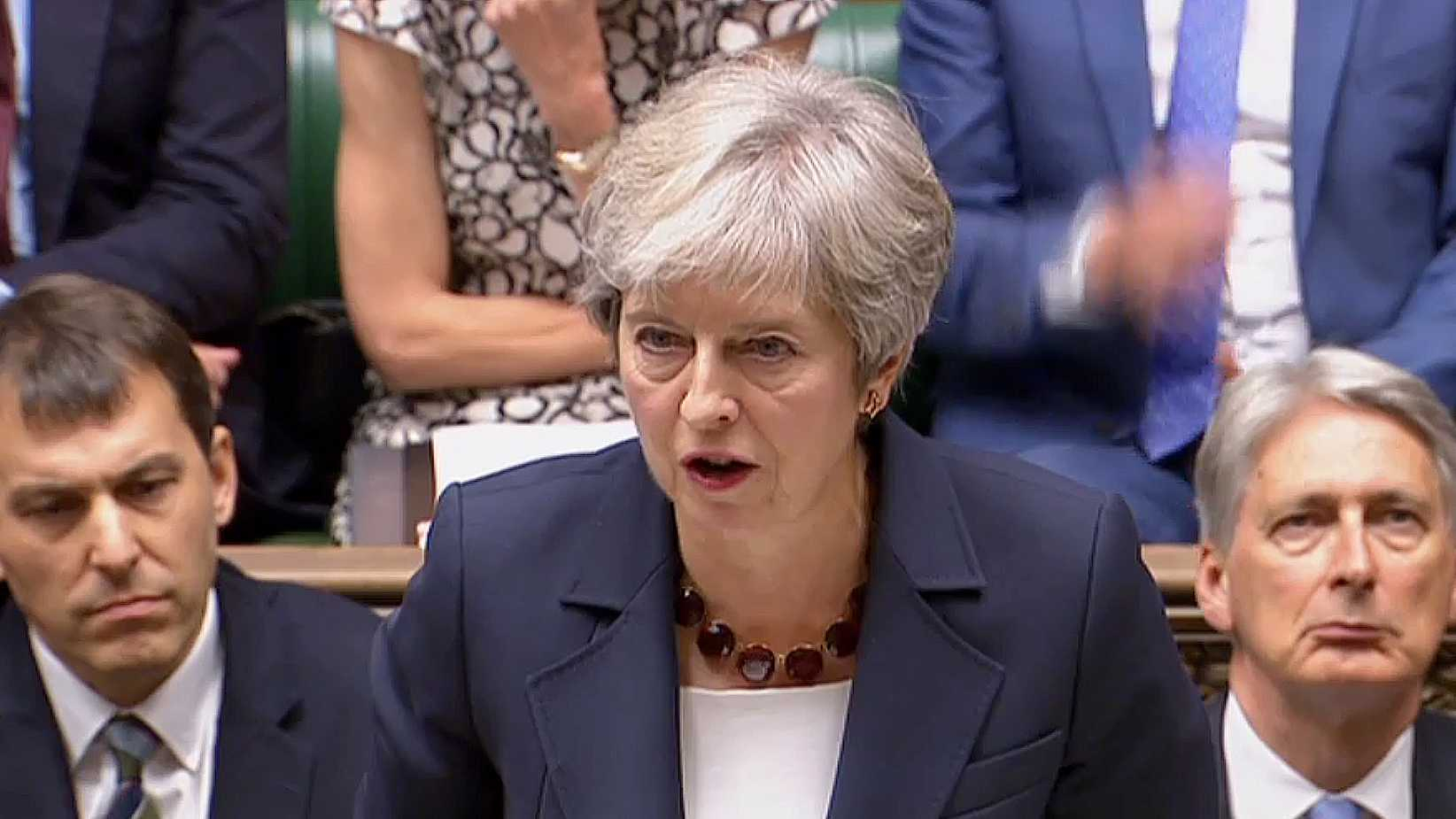 Britain has concluded that the two men charged on Wednesday for the attempted murder of a former Russian spy and his daughter with the nerve agent novichok were Russian military intelligence officers almost certainly acting with senior-level state approval.

"Based on the body of intelligence, the government has concluded that the two individuals named by the police and the Crown Prosecution Service (CPS) are officers from the Russian military intelligence service also known as the GRU," UK Prime Minister Theresa May told parliament on Wednesday.

It came after the country's CPS announced the men, known to investigators as Alexander Petrov and Ruslan Boshirov, have been charged in absentia with conspiracy to murder, attempted murder, causing grievous bodily harm and use of the novichok nerve agent.

Traces of the nerve agent were found in the London hotel room they stayed in, and "only Russia had the technical means, operational experience and motive to carry out the attack," May added.

While Russian Foreign Ministry spokeswoman Maria Zakharova said the names and photos of the suspects "say nothing to us."

The prime minister also warned that Moscow should account for the reckless and outrageous actions of the GRU and the UK will deploy a full range of tools with its allies to counter the threat.

Zakharova, in turn, has urged the UK to hand over the data on the Russian citizens' involvement in the former spy case, saying the claim by the UK "required scrupulous analysis of data and close cooperation."

The Russian Prosecutor General's Office also said it's determined to cooperate with UK law enforcement agencies on the case.

Following the UK's announcement, the US Ambassador to Britain, Woody Johnson, said on Twitter that "The US and UK stand firmly together in holding Russia accountable for its act of aggression on UK soil."

The former Russian spy and his daughter were found unresponsive on a bench in the southern English city of Salisbury on March 4 after their believed contact with the nerve agent. Britain blamed Russia for the poisonings but Moscow denied any involvement.