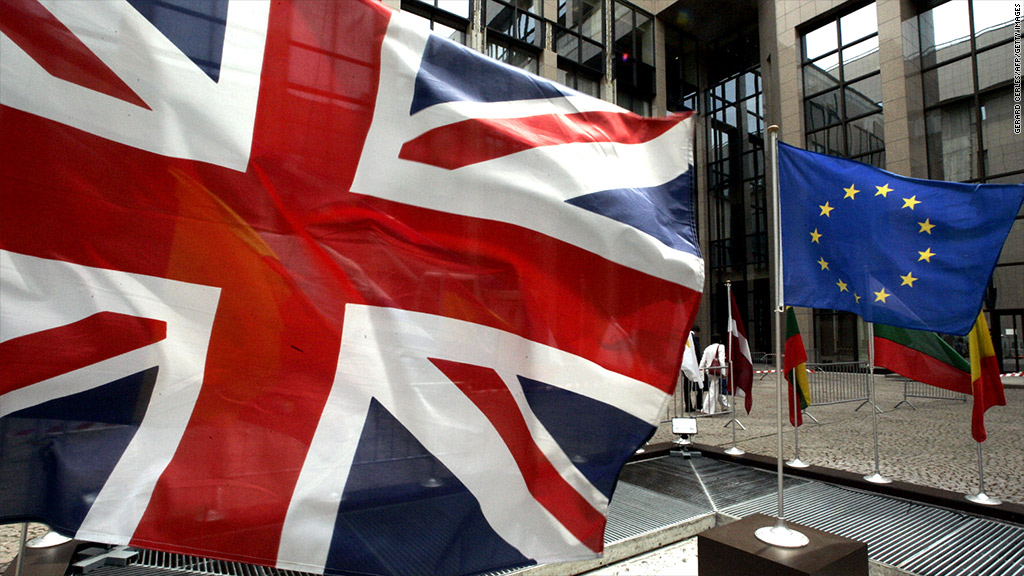 Pressure is mounting on Prime Minister Theresa May over her plans of a "deep and special economic parntership," December 19, 2017. Photo: AP UK PM  Theresa May walks by the British flag during an EU summit at the Europa building in Brussels on Thursday, Dec. 14, 2017. Photo: AP

British Prime Minister Theresa May said she wanted an “ambitious” trade deal with the EU after Brexit as she chaired the first detailed cabinet discussion on future ties, her spokesman has said.

She told ministers she wanted a “significantly more ambitious deal” than the EU’s recent trade agreement with Canada — even as the bloc’s chief negotiator warned any deal would not cover Britain’s dominant financial services sector.

The cabinet meeting came four days after EU leaders approved an interim agreement on the terms of the separation, and agreed to move negotiations on to the next stage.

May wants Britain to leave the EU’s single market and customs union, but forge a new “deep and special economic partnership” with the bloc.

“The prime minister said it was clear what the cabinet’s objective was — a deal which secures the best possible trading terms with the EU, enables the UK to set rules that are right for our situation and facilitates ambitious third-country trade deals,” her spokesman said on Tuesday.

She ruled out replicating Norway’s membership of the European Economic Area, saying it would be “democratically unsustainable, because it would mean automatically adopting all EU rules without influence or a vote”, the spokesman said.

Instead, the prime minister said she “would be seeking a significantly more ambitious deal than the EU’s agreement with Canada”.

Officials have discussed the so-called “Canada plus” option, adding other economic sectors into the agreement.

However, the EU’s chief negotiator Michel Barnier warned Tuesday that any deal would inevitably result in Britain’s banks and financial companies losing rights to trade across the bloc.

“There is no place” for financial services, he told The Guardian newspaper.

“There is not a single trade agreement that is open to financial services. It doesn’t exist.”

He said this was the consequence of Britain’s decisions, adding: “In leaving the single market, they lose the financial services passport.”

May said Britain needed to be “creative in designing our proposal”, adding that Britain “would be seeking a bespoke deal”.

However, no decisions have yet been taken and further government discussions are due “early in the New Year”, the spokesman said.

Some ministers favour continued alignment with EU rules after Brexit to maintain a close trading relationship, while others say leaving the EU is an opportunity for Britain to forge a new path.

Media reports suggest that rival camps are coming to agree on a middle way, where Britain would agree a new trade deal with Brussels but gradually move away from the bloc’s regulations.

The spokesman insisted the cabinet was “unified” behind the main principles of Brexit and the deal agreed last week on the financial settlement, expatriate rights and the future of the Irish border.