May promises vote on 2nd referendum in Withdrawal Agreement Bill 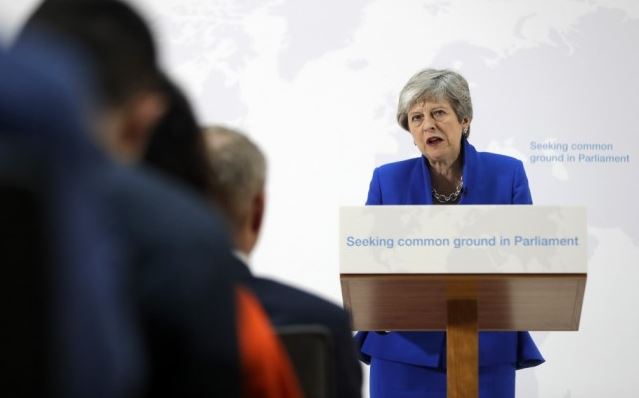 Britain's Prime Minister Theresa May delivers a keynote speech in central London on May 21, 2019. (Photo: AFP)

British Prime Minister Theresa May said on Tuesday that the Withdrawal Agreement Bill will include a vote on whether to hold another referendum.

"I recognize the genuine and sincere strength of feeling across the House on this important issue," she said, calling it the "last chance" to get Brexit done.

She also promised measures on the temporary customs relations, environment and workers' rights to attract the support of Labor MPs.

The Withdrawal Agreement Bill, which will implement the content of the deal with European Union, will be put to a Parliament vote in early June.