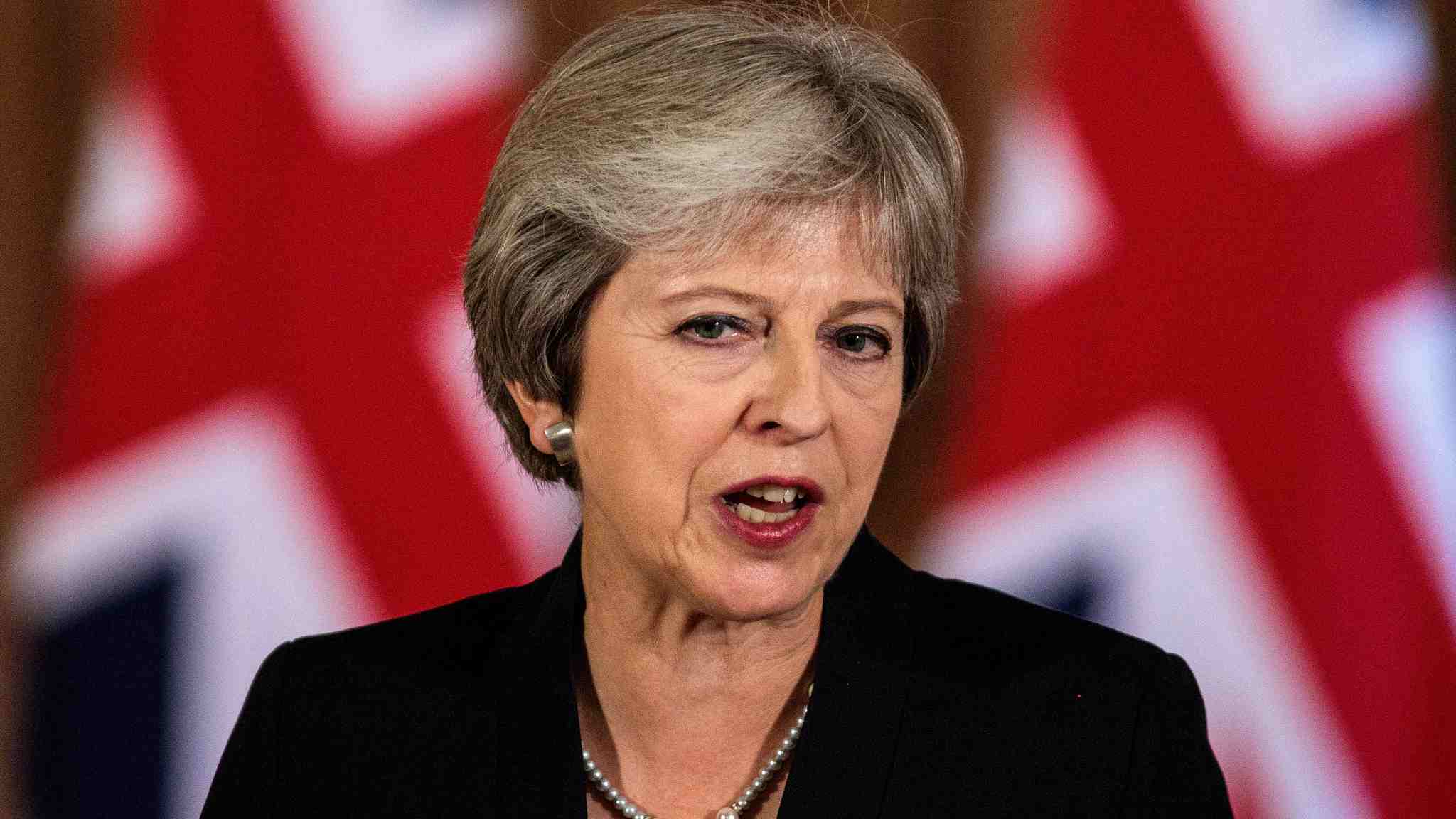 British Prime Minister Theresa May's senior ministerial team remains fully behind her Brexit proposals, her spokesman said on Monday, after her plans were savaged by EU leaders at a summit last week.

May's Conservative Party is deeply divided over the direction that the talks with the EU should take, with opponents of her plans, including her former Brexit minister, holding a press conference on Monday to spell out an alternative vision based on a free trade agreement.

Her cabinet of top ministers is due to discuss the ongoing negotiations with the bloc on Monday and her spokesman reiterated that May remained committed to her plans.

"The cabinet gave its full support to the white paper (her proposals), and that continues to be the case," the spokesman told reporters.

The British prime minister, who has called for the EU to evolve their negotiating position, will also meet the European Parliament's chief Brexit coordinator Guy Verhofstadt on Monday, her spokesman said.

May on Monday defended Britain's Brexit plan, saying her government had "put forward a credible proposal" to exit the EU.

"There's a plan on the table from us ... If they have issues with it, let's hear what those issues are," May said in an interview with CBS News, referring to the EU's response to the British plan.

Eurosceptic: May will change her mind

May will eventually decide to abandon her strategy for maintaining close trade ties with the EU because it lacks support, a leading Eurosceptic lawmaker in her Conservative Party said on Monday.

Jacob Rees-Mogg, chairman of the European Research Group of anti-EU lawmakers in May's ruling Conservative party, said the so-called Chequers plan is opposed by European politicians and large parts of the British public.

Macron does not want Brexit talks to drag

French President Emmanuel Macron is reluctant to let negotiations over Britain's divorce from the EU drag and is raising pressure on London to break an impasse, an Elysee Palace official said on Monday.

Britain's opposition Labor Party's Brexit spokesman Starmer says the Party will vote against any deal May brings back on Brexit that doesn't meet Labor's tests.

John McDonnell, the finance spokesman for the Labor Party, said on Monday he could not see May bringing back a Brexit deal from Brussels that parliament could pass.

At his party's annual conference in the northern city of Liverpool, McDonnell also said a Labor government would change the atmosphere of the Brexit negotiations, after the mood soured towards May's plans at an EU summit last week.