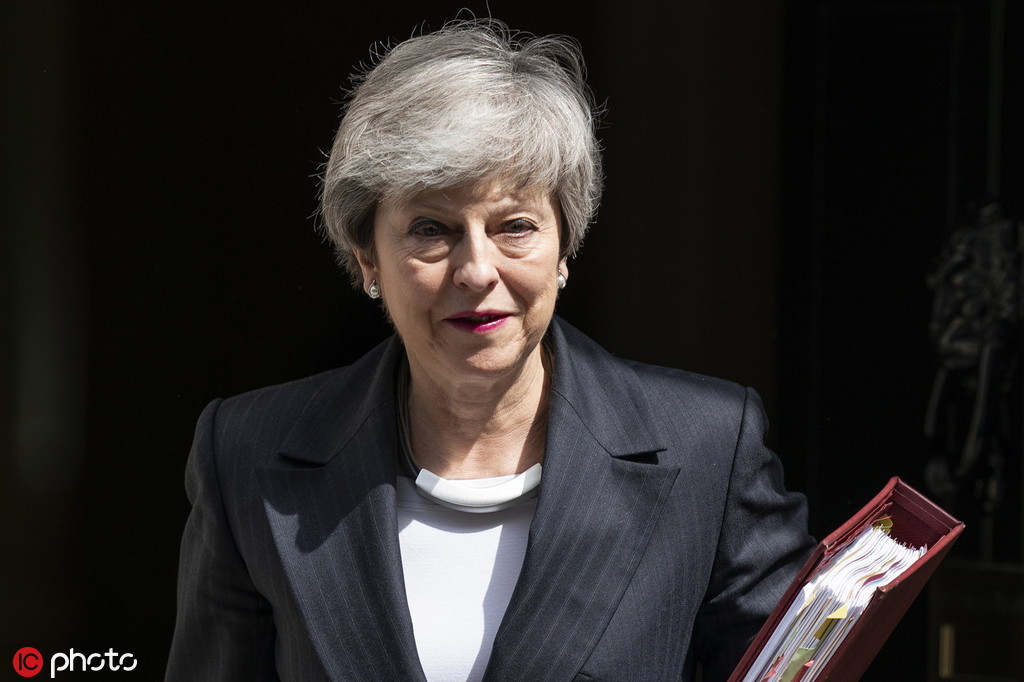 United Kingdom Prime Minister Theresa May's apparently desperate attempt to get her Brexit withdrawal deal past the British Parliament at the fourth attempt looks to be dead in the water.

May unveiled the full draft of her updated proposed deal on Wednesday and explained its nuances to members of Parliament, but the would-be legislation, which will be voted on in the first week of June and which sets out how the UK should disengage from the European Union, has failed to impress lawmakers from all of the major political parties.

Keir Starmer, the opposition Labour Party's Brexit spokesperson, said on BBC Radio 4's Today program that it offers nothing new and merely the possibility of votes on the establishment of special customs arrangements and a referendum on whether the UK should leave the bloc.

"This is not a compromise of policy," he said. "It is just saying you can have votes on these things. In reality, the prime minister ought to now admit defeat. I think she would do well to just pull the vote and pause, as this is just going nowhere."

Vince Cable, leader of the Liberal Democrats, a party that once supported the ruling Conservative Party in a coalition government, also said May is offering nothing new and that MPs can simply demand the votes she is offering as sweeteners.

"She is barely saying Parliament can have a vote if it wants to have a referendum. (That) is not in her gift," he said. "Parliament will do that anyway. What appears to be a concession isn't."

The Democratic Unionist Party, a minor grouping that props up May's government, has also said its 10 MPs will oppose the deal.

And it is unpopular among many in May's ruling Conservative Party.

Boris Johnson, the former foreign secretary and prominent backbench MP who has said publicly he wants to succeed May as the next party leader, said on Twitter: "The bill is directly against our manifesto – and I will not vote for it.We can and must do better."

May's failure on three occasions to get the legislation through Parliament and the collapse last week of talks with the Labour Party in search of a compromise has fanned criticism from within her bitterly divided party.

On Wednesday, Conservative Party MP Nigel Evans submitted an application to the influential 1922 committee, asking it to change a rule that prohibits a vote of no-confidence in May's leadership being held before December, effectively attempting to bring forward the date on which the party's MPs can launch a mutiny.

If May's Brexit Withdrawal Bill it is defeated in early June, she has said the most likely outcomes would be either the UK crashing out of the EU without adeal – a so-called hard Brexit – or it remaining in the bloc against the wishes of British voters who decided to leave in a 2016 referendum.

Political pundits believe May will be ousted as prime minister if her updated bill is defeated in June, and that she will not stay in the job for much longer, even if it is supported.

In a direct appeal to Labour Party leader Jeremy Corbyn on Wednesday, she said in an open letter: "I have shown today that I am willing to compromise to deliver Brexit for the British people ... I ask you to compromise too."

She said it was their "last chance" to deliver Brexit.

Reuters reported that United States investment bank JPMorgan was saying the probability of the world's fifth-largest economy crashing out of the EU without a deal had risen, from 15 percent to 25 percent.