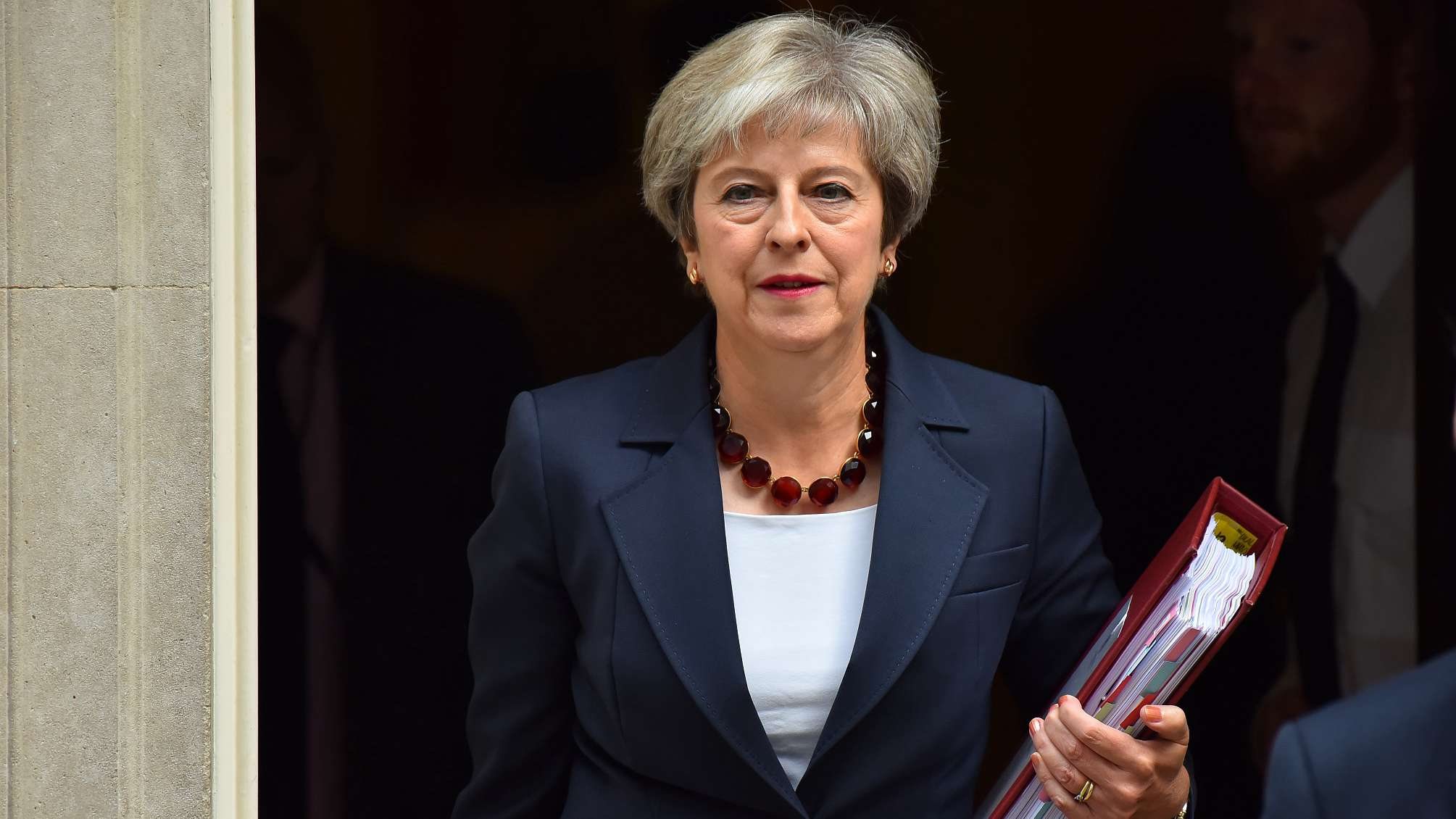 In an interview with Xinhua, Anthony Glees, Director of the Center for Security and Intelligence Studies at the University of Buckingham (BUCSIS), said May was under attack from her own Cabinet, her own hard Brexit MPs, her own soft Brexit/no Brexit MPs, the Democratic Unionist Party (DUP) and the main opposition Labour Party.

"Whatever one thinks about May, she is clearly as tough as old boots and as hard as nails. You have to take your hat off to her," said Glees.

British media, Glees said, are saying the next few days will be "make or break", adding: "Mrs May has been kicking the can down the road for so long, I would not be surprised if she did not carry on doing so for as long as she is able, such as another month. Then it really will be crunch time."

May is scheduled to chair a meeting of her cabinet at 10 Downing Street on Tuesday, though it is not clear whether she will ask her ministers to back her latest Brexit proposals.

Glees said his guess at the moment is that the British Parliament will not support May's deal and will ask for an extension of the Article 50 process to begin a lengthy re-negotiation to produce a further plan. That would then go back to the people.

"If this doesn't happen, I think there will be either a general election before Christmas or some kind of re-alignment supported by civil servants and our armed forces to push a re-think on government," he said.

"Not a putsch (military takeover or coup), but enough people in suits and uniforms to say 'we have to blow the whistle on this chaos'. I don't think people will agree to a return to austerity," he added.

The academic said people are already experiencing huge increases in the cost of food; quantities are less for the same price -- even toilet paper rolls have fewer sheets than they used to have.

He said Brexit is already weakening Britain, adding: "whatever happens, we will remain weakened. Investment in the UK has already slumped by half in the past year; numerous firms and businesses are relocating into the other 27 member states of the EU. We will take years to recover from the damage that has already been done."