WORLD May warns of catastrophe if MPs don't back Brexit deal

May warns of catastrophe if MPs don't back Brexit deal

UK Prime Minister Theresa May has warned members of the parliament that failure to back her plan to leave the European Union would be catastrophic for Britain, in a plea for support two days ahead of a critical vote in parliament that she is expected to lose. 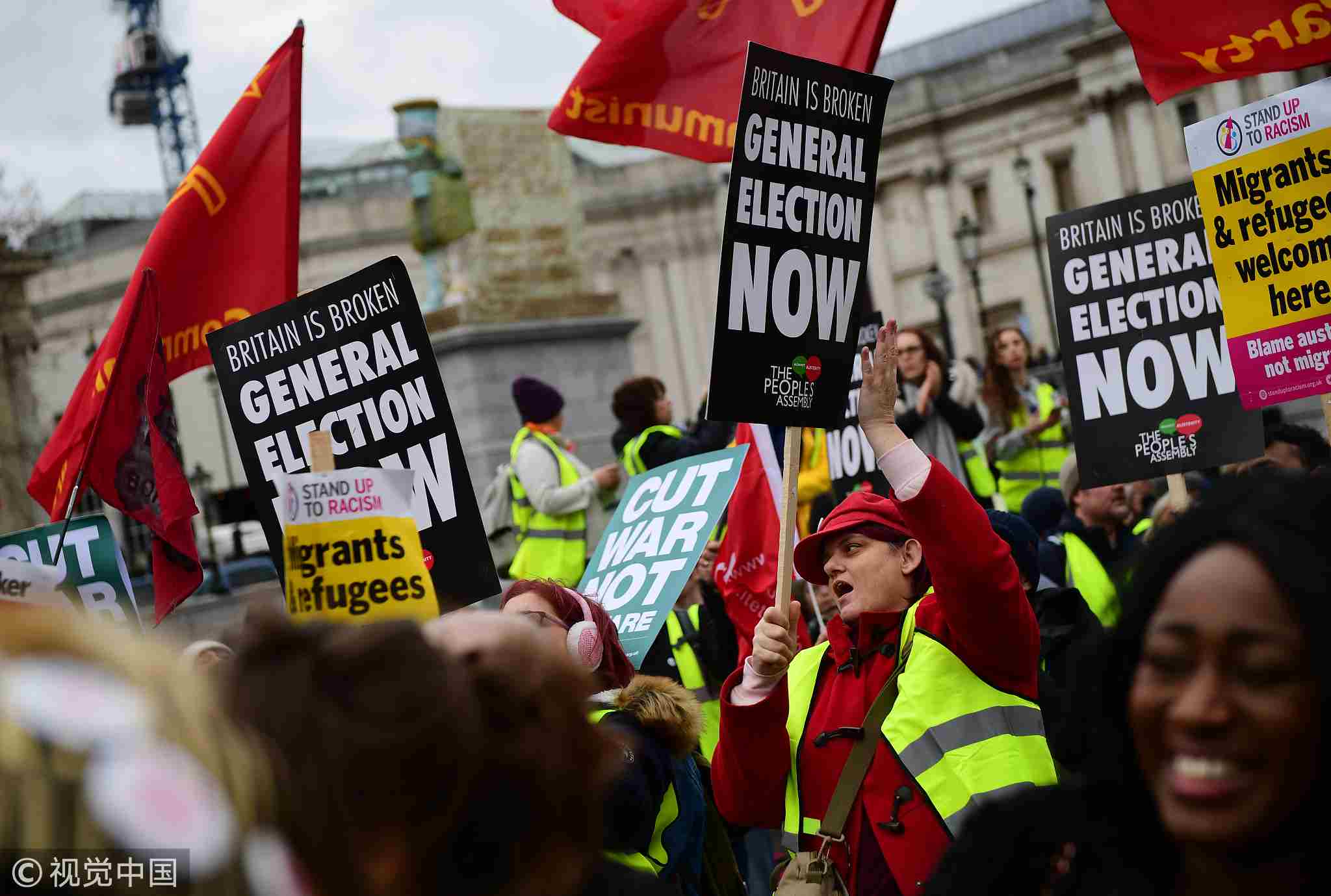 Hundreds of people put on high-visibility jackets in imitation of French "yellow vest" protesters as they marched in central London demanding a general election amid the Brexit chaos, on January 12, 2019. (Photo: VCG)

MPs are set to vote on May's Brexit deal on Tuesday, after she shelved plans for a vote in December when it became clear that not enough MPs from her own party or others would back the deal she agreed with Brussels.

May looks little closer to securing the support she needs, but writing in the Sunday Express she said lawmakers must not let down the people who voted for Brexit.

"Doing so would be a catastrophic and unforgivable breach of trust in our democracy," May said.

"So my message to Parliament this weekend is simple: it is time to forget the games and do what is right for our country."

She said Tuesday's vote is the “biggest and most important decision that any MP of our generation will be asked to make,” calling on politicians to “deliver” for the people.

On Friday, Foreign Secretary Jeremy Hunt said Brexit might not happen at all if May's deal was defeated.

Britain is scheduled to quit the European Union on March 29.

The Sunday Times reported that rebel lawmakers were planning to wrest control of the legislative agenda away from May next week with a view to suspending or delaying Brexit, citing a senior government source.