Seattle Mayor Jenny Durkan said Wednesday that 70% of city residents ages 12 and up have been fully vaccinated, which she said makes Seattle the first major U.S. city to hit the COVID-19 milestone. 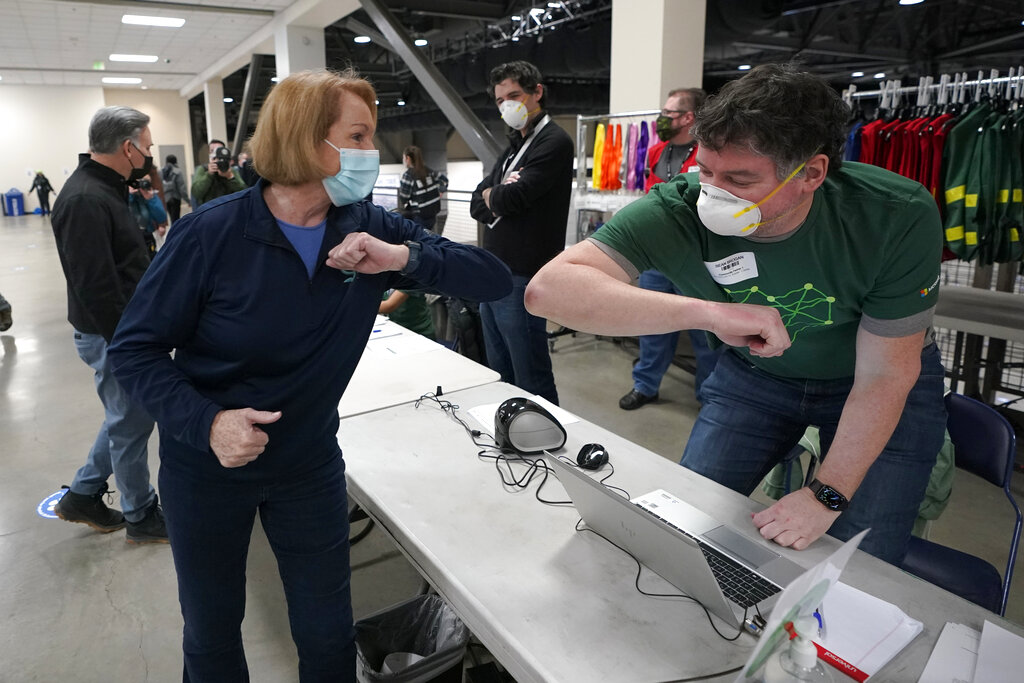 In this March 13, 2021, file photo, Seattle Mayor Jenny Durkan, left, greets a worker at a volunteer check-in station, on the first day of operations at a mass COVID-19 vaccination site at the Lumen Field Events Center in Seattle. (Photo: AP)

Durkan’s office also said 78% of the Seattle population 12 and older has started the vaccination process.

“Seattle is America’s most vaccinated major city, and it would not have been possible without our residents’ commitment to protecting themselves, their loved ones, and our entire community,” Durkan said in a statement. “Now that we have reached community protection, we can lead the nation in safely reopening and recovering in earnest.”

Now that Seattle has reached the 70% fully vaccinated goal, the city and its partners will start launching efforts to support Seattle’s reopening, Durkan said. 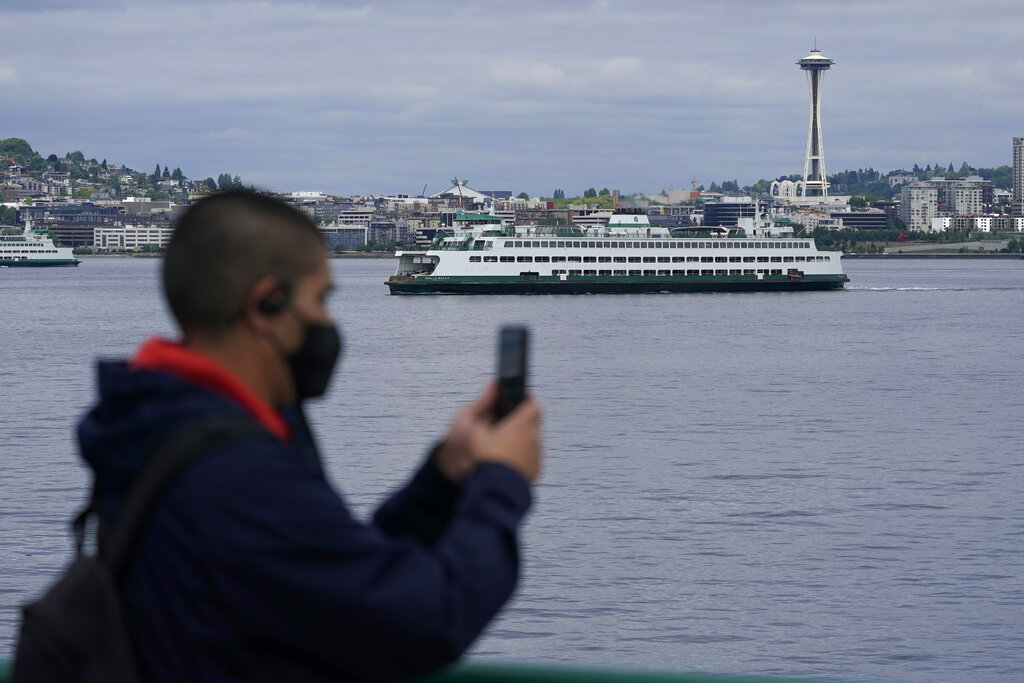 A passenger wears a mask while riding on a Washington state ferry from Bremerton to Seattle as another ferry passes near the Space Needle, Tuesday, May 25, 2021, in Seattle. (Photo: AP)

The efforts will include supporting local small retailers and restaurants, arts and culture programming, and transit use, the mayor's office said.

The first confirmed case of COVID-19 in the United States was north of Seattle in Snohomish County in January 2020. The state also saw the nation’s first deadly outbreak at a nursing home.