WORLD McConnell re-elected as Republican leader in US Senate

McConnell re-elected as Republican leader in US Senate

WASHINGTON, Nov. 16 (Xinhua) -- Mitch McConnell was re-elected as Republican leader in the US Senate on Wednesday. 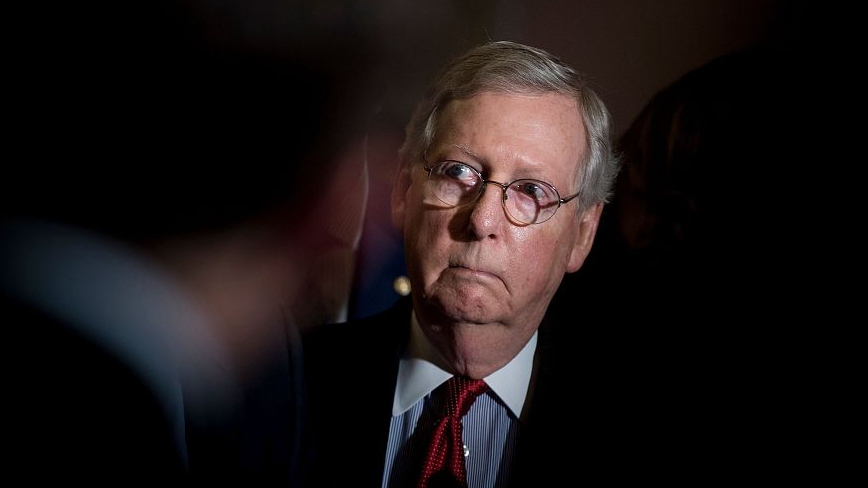 A longtime Senate Republican leader from Kentucky, McConnell defeated US Senator Rick Scott of Florida reportedly in a 37 to 10 vote.

McConnell, 80, tweeted on Wednesday afternoon that he's honored to have been re-elected to lead Republicans in Senate.

He vowed to fight what he called "Democrats' recklessness" and "promote our commonsense conservative vision."

McConnell's reelection came days after Democrats were projected to retain majority status in the upper chamber after the 2022 midterm elections.

A Republican, Trump announced Tuesday night that he would run for the White House again in a speech that critics said was full of false and misleading claims.

McConnell, who has had a tense relationship with Trump, told reporters on Wednesday that he's going to "stay out of" the 2024 presidential primary season.

"I think it's going to be a highly contested nomination fight with other candidates entering," he predicted.

All 435 seats of the US House of Representatives were contested this year, with the control of the lower chamber still undetermined.

Republicans have won 217 seats, only one seat away from securing the House majority, versus 207 for Democrats with 11 seats still too close to call, according to media projections.

House Republicans nominated Minority Leader Kevin McCarthy, a California congressman, on Tuesday to be the chamber's speaker next term.

It remains unclear who will lead House Democrats in the coming two years.

In this year's midterm elections, 36 out of 50 states, as well as three US territories, elected governors.

Numerous other state and local elections were also contested.