WORLD McConnell ups pressure on Biden, Democrats over US infrastructure

McConnell ups pressure on Biden, Democrats over US infrastructure 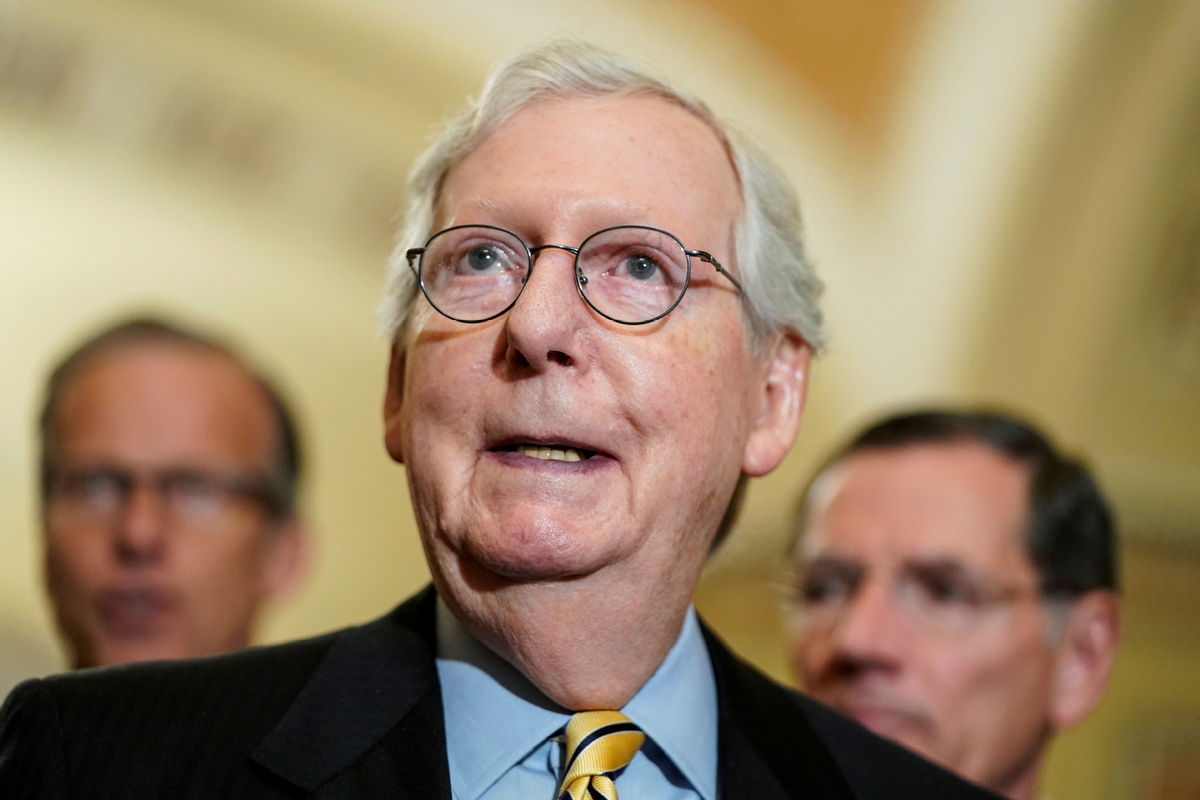 US Senate Republican leader Mitch McConnell urged President Joe Biden on Monday to get the two top Democrats in Congress to abandon a plan to link a $1.2 trillion bipartisan infrastructure deal to a larger reconciliation package that Republicans oppose.

On Saturday, Biden withdrew a threat to not sign the bipartisan bill https://www.reuters.com/world/us/whats-us-senates-12-trillion-infrastructure-plan-2021-06-24 unless it was accompanied by a separate package focused on what he called "human infrastructure," including help for home healthcare.

McConnell said that separating the two would be the only way for Congress to revamp America's roads and bridges.

"I'd like to see us get there, and I do think the only way we can get there is to de-link the two issues. They are really separate issues," McConnell said at a news conference in Louisville in his home state of Kentucky.

McConnell has not decided whether to support the bipartisan agreement, noting on Monday that it was not clear whether the proposal was "credibly paid for."

With the Senate divided 50-50 between the two parties, a move by McConnell against the bipartisan bill could cost it the 60 votes it would need to pass under Senate rules. Democrats aim to pass the companion measure through a process called reconciliation that requires a simple majority.

The White House did not respond directly to McConnell's comments but said Biden has long supported a two-track approach, would engage with the public on infrastructure and looked forward to signing each bill separately.

"The most impactful role that the president thinks he can play ... is to make the case to the American people," White House spokeswoman Jen Psaki said.

Republicans earlier this year rejected Biden's call for a sweeping $2.3 trillion infrastructure package as too costly.

After that, Democrats spent weeks publicly discussing plans to proceed with a two-step approach, which would couple a smaller bipartisan deal with a second package https://www.reuters.com/world/us/us-senates-reconciliation-process-its-not-way-it-sounds-2021-06-16 passed through the narrowly divided Senate with only Democratic votes.

But Biden's comment last week - suggesting that he would veto the bipartisan bill unless it arrived at his desk with a companion reconciliation measure - angered many Republicans.

It will take weeks before actual legislation on either the bipartisan bill or the reconciliation package makes it to the Senate floor for votes.

"Republicans have been negotiating in bipartisan good faith to meet the real infrastructure needs of our nation," McConnell said. "The president cannot let congressional Democrats hold a bipartisan bill hostage over a separate and partisan process."

The offices of Schumer and Pelosi had no immediate comment on McConnell's remarks.

"None of these things ever seem to go in a straight line.

There are always bumps," Senator Mark Warner, one of the Democratic negotiators on infrastructure, told MSNBC.

Biden's threatened veto of the bipartisan agreement roiled Republicans who had negotiated the deal. On Saturday, the president issued a statement that essentially withdrew the threat, saying it was "certainly not my intent."

The walkback was welcomed by Republican Senate negotiators who said on Sunday that they were once again optimistic about getting the bipartisan bill through Congress.

McConnell's position drew support from some Republicans, including Senator Mike Braun, who tweeted: "Any compromise on paid-for infrastructure is a bad deal so long as @POTUS, @SpeakerPelosi, & @SenSchumer insist on pursuing a multi-trillion dollar tax-&-spend reconciliation bill to further transform Americans' relationship with our gov. through a cradle to grave welfare state."