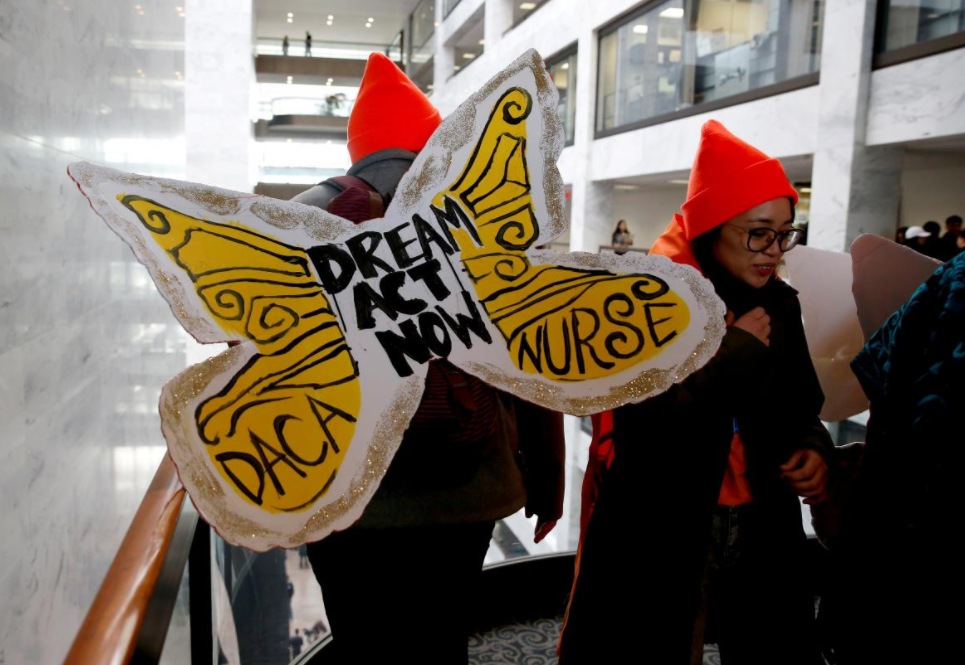 Protesters calling for an immigration bill addressing the so-called Dreamers, young adults who were brought to the United States as children, walk through the Hart Office Building on Capitol Hill in Washington, US, January 16, 2018. Photo: Reuters/Joshua Roberts

An immigration deal protecting young “Dreamer” immigrants and allocating additional funds for border security without also addressing family migration and the visa lottery would be a “non starter,” Republican Mark Meadows, head of the conservative Freedom Caucus in the US House of Representatives, said on Thursday.

Meadows said that President Donald Trump could extend the deadline to address the expiring Deferred Action for Childhood Arrivals program past March 5 in order for Congress to work out a broader deal.

“Listen, we are not going to do a few billion dollars for border security and have the same problem a decade from now, two decades from now,” Meadows told reporters. “If we’re going to solve the problem, let’s solve the problem.”