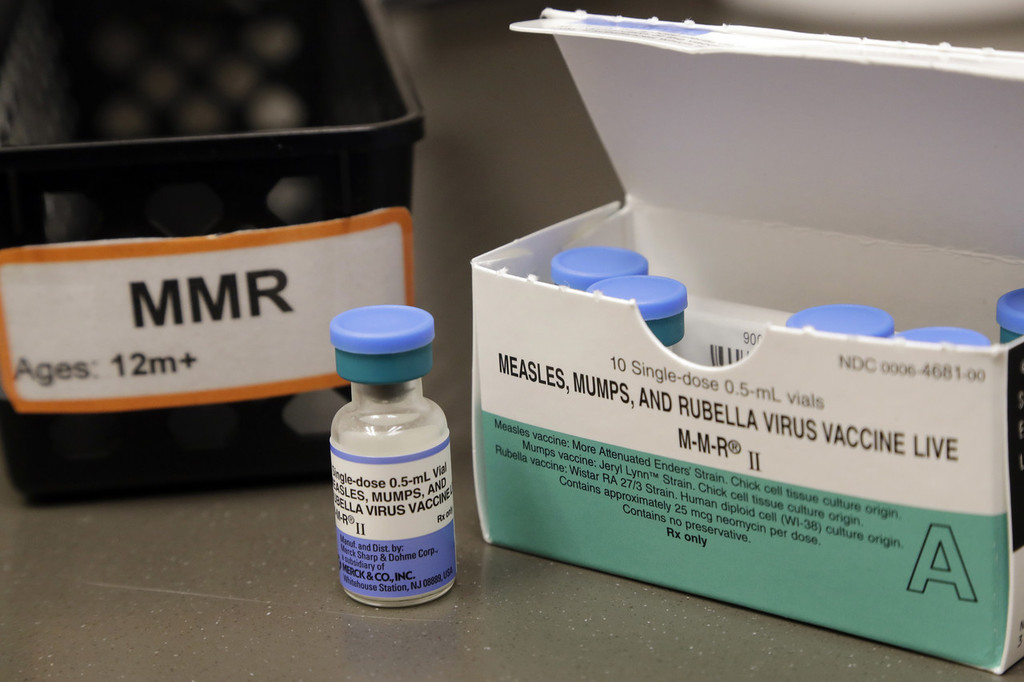 This file photo shows a vial of a measles, mumps and rubella vaccine. (Photo: IC)

The Democratic Republic of Congo (DRC) on Monday declared a measles outbreak, as the country also continues to grapple with Ebola.

In a statement, Dr Oly Kalenga, DRC minister for health, said cases this year have increased by 700 percent compared with the same period in 2018.

He said tests so far have confirmed 677 infections in 83 health zones in 23 provinces. Last year only 18 provinces were affected.

According to the European Commission, 1,562 people have died of measles in DRC, with 95,335 suspected cases reported since the beginning of 2019, compared with 65,000 last year.

Ebola on the other hand, has killed 1,386 people and 2,071 cases have been reported since the outbreak was officially declared on August 1, 2018, according to the commission.

The measles outbreak comes on top of a difficult humanitarian situation and high malnutrition rates.

The mortality rate during a measles outbreak, according to the European Commission, can reach up to 20 percent among malnourished children. The current global fatality rate stands at 2.6 percent.

Kalenga said over 2.2 million children from 63 districts younger than five were in April 2019 vaccinated against measles.

He said a second mass vaccination campaign targeting over 1.4 million children under the age of five will be launched in 39 health districts.

In order to prevent epidemics in the future, Kalenga said at least 95 percent of the population must be immunized.

"I strongly urge all parents in the DRC to join and vaccinate their children both in routine and during emergency campaigns. I also urge all health workers across the country to urge parents to complete children's immunization schedule," he said.

In a statement, Médecins Sans Frontières (MSF), urged national and international organizations to coordinate to help DRC curb the spread.

"Vaccines and supplies to help with the outbreak response must be urgently secured," the organization said, adding that the measles epidemic in DRC is likely to be the deadliest since the disease had a resurgence in the country from 2011-2012.

Meanwhile, attacks on Ebola clinics in eastern DRC continue to hamper the efforts to control the disease, raising fears that it could continue to spread.

In February, MSF was forced to withdraw from their Ebola Treatment Centers in Katwa and Butembo following attacks.

Since then, the organization is no longer running treatment centers and is currently not providing care to Ebola patients.

They are instead undertaking prevention and treatment activities of suspect cases, managing transit centers for suspected Ebola patients, and supporting health structures.

One of the organization's health workers was killed on May 25 in Vusahiro while working to prevent the spread of Ebola.

The violence discourages people from seeking care in Ebola treatment centers, according to MSF, resulting in an increased likelihood of the virus spreading across the healthcare system.

"We believe it will not be possible to end this outbreak if there is no trust built between the response and the affected people," MSF said in its June crisis update.

It called on response authorities and workers to listen to the needs of communities, restore people's choice when it comes to managing their health, and involve the community in every aspect of the Ebola response. This includes integrating Ebola care in the overall provision of healthcare in the region.

The organization said those responding to the outbreak need to support local health centers to help identify suspected cases and manage isolation while people are waiting for Ebola test results.

The World Health Organization called for continued community mobilization activities focused on enlisting local populations as partners in the response, as well as proven public health measures, in order to bring the outbreak to a swift close.