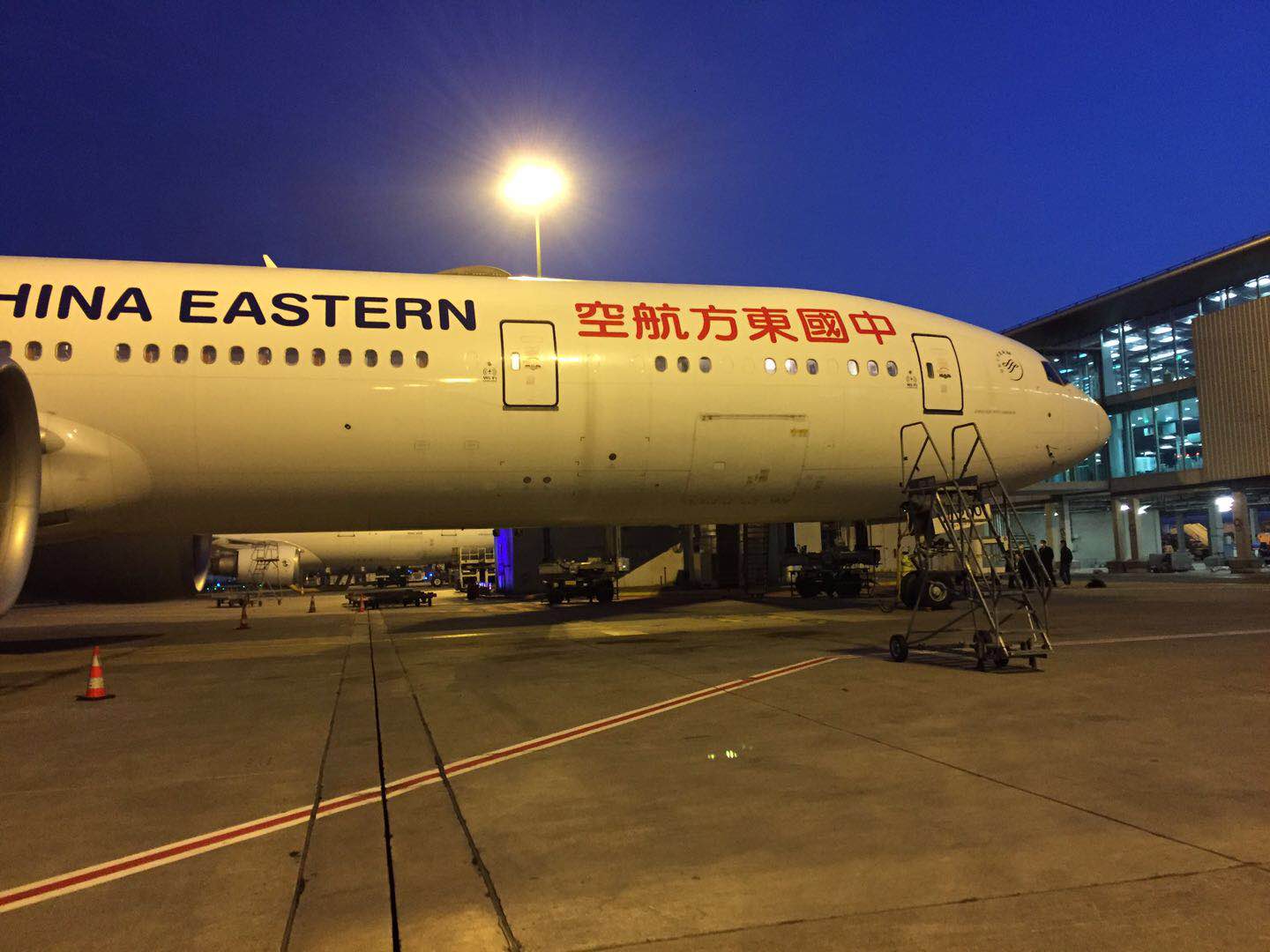 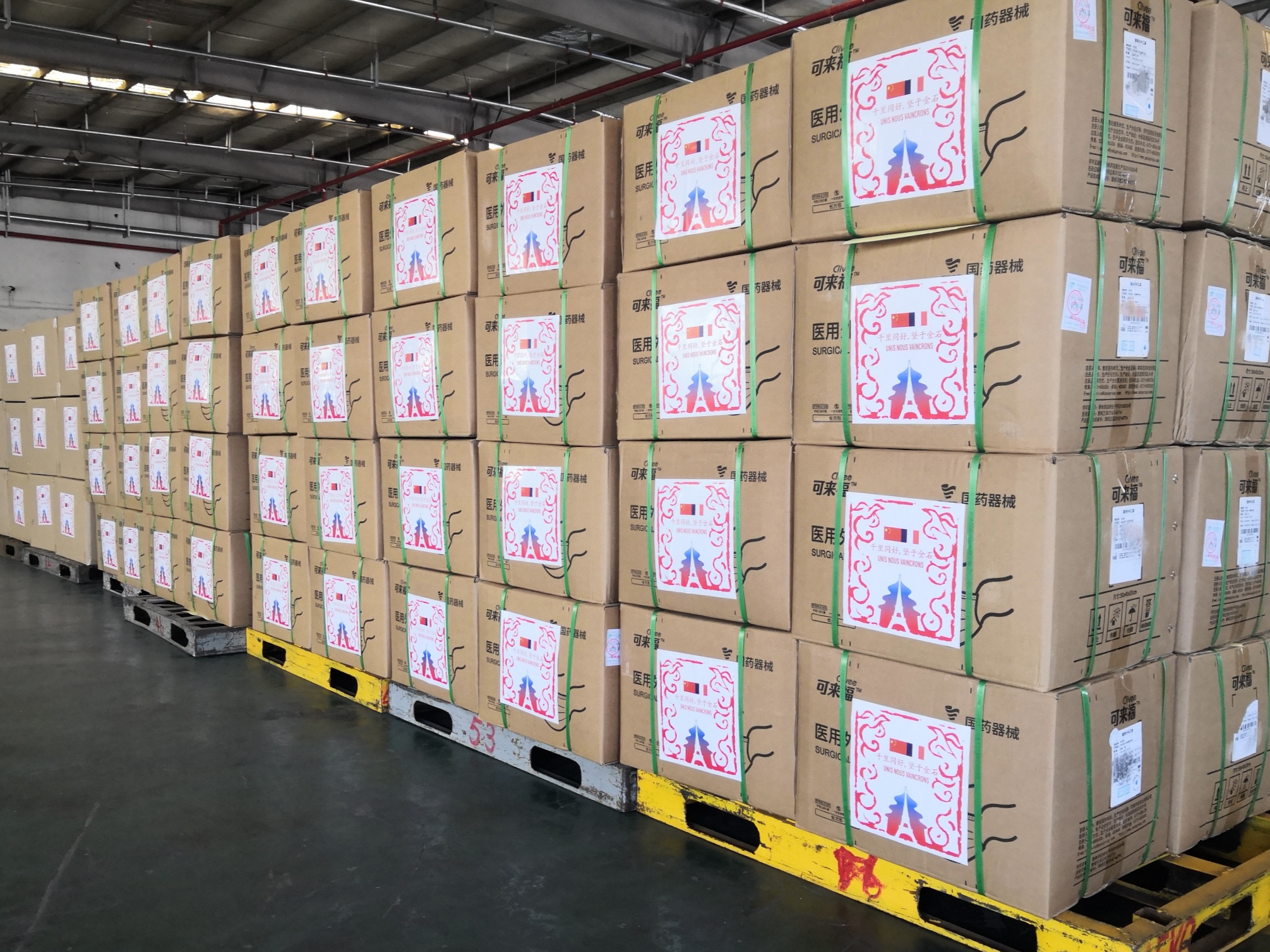 A red seal, specially designed by Chinese artist Luo Peng Peng to showcase their bilateral relationship, could be observed on the packages. Featuring the Chinese traditional character phoenixs and Western doves of peace, the pattern depicts Beijing's Temple of Heaven and the Eiffel Tower in Paris, with slogans concerning friendship both in Chinese and French. 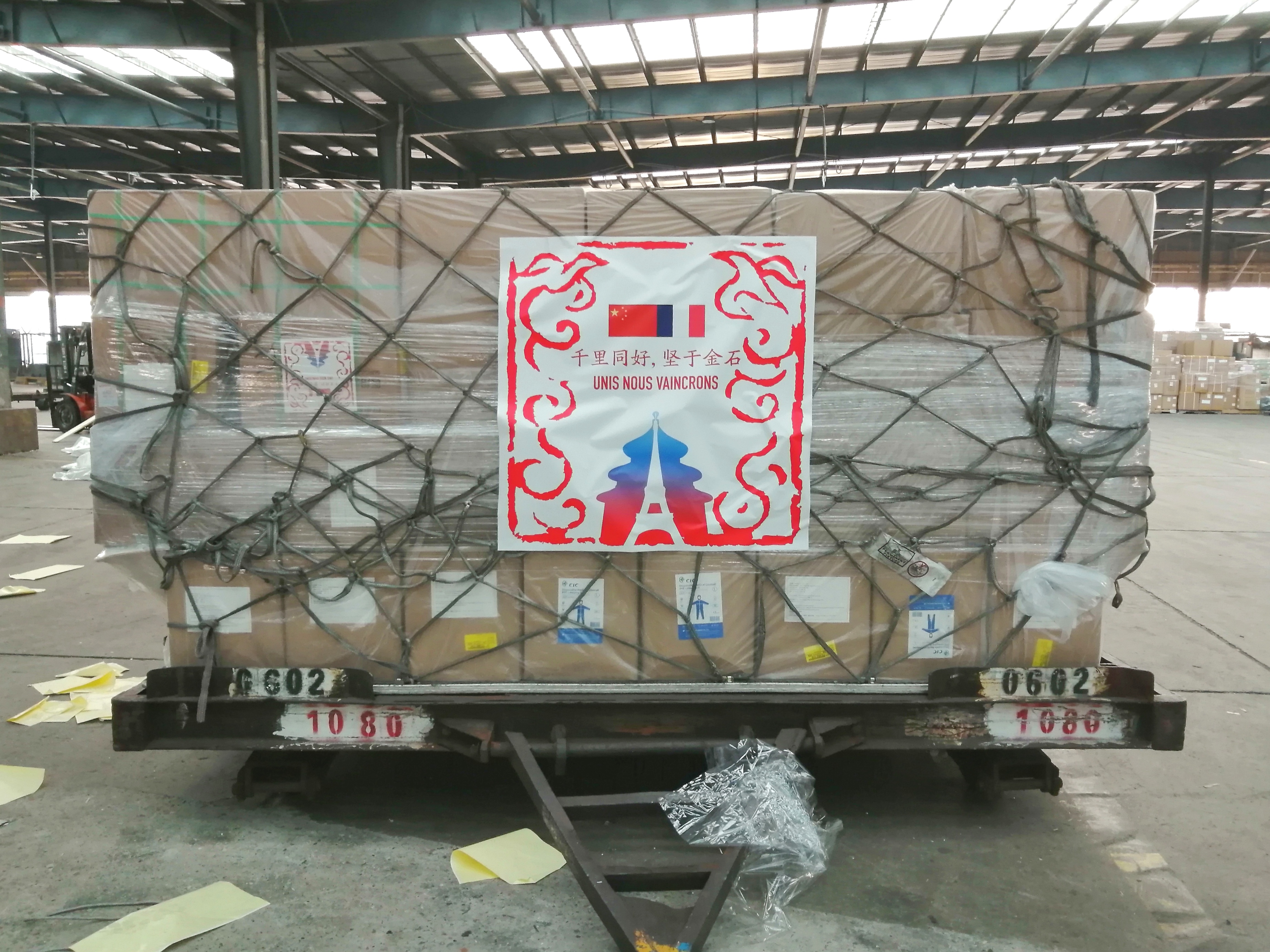 The Chinese slogan descripts a partnership that "defies geographical distance and is stronger than metal and stone", while the other one is a famous French quote "Unis nous vaincrons”from Victor Hugo, meaning "We shall win in unity."

Chinese Ambassador to France Lu Shaye said that the medical supplies donated by China include protective masks, surgical masks, protective clothing and medical gloves, as requested by the French side.

"At the crucial moment in China’s fight against the epidemic, France provided us with precious support and assistance. Currently, while France and the whole of Europe are facing the serious challenge of the pandemic, China is ready to grant aid as far as possible," said Lu. "This illustrates both solidarity as well as the excellence of the Sino-French friendship and cooperation."

Lu stressed that health and medicine are one of the most dynamic areas of Sino-French scientific and technological cooperation. According to Lu, the two countries are cooperating closely on emerging infectious diseases. After the outbreak of the COVID-19 epidemic, their scientific research institutions have been in close contact and jointly conducted research and development on reagents for rapid diagnosis of the virus.

Scientists from both countries are currently conducting feasibility studies on the development of antibody-based drugs. Regarding clinical treatment, in early February, experts from both countries teleconsulted patients together. Alain Mérieux, president of Fondation Mérieux, provided China with many suggestions on diagnosis, treatment and cooperation on vaccine development.

Chinese scientific research institutions and the Pasteur Institute are now actively exploring ways to create a joint Sino-French research fund that will primarily support the development of new drugs as well as research into vaccines against COVID-19.

China also invited France to participate in a video conference between China and European countries, dedicated to the presentation of Chinese prevention, control, diagnosis and treatment plans, with a view to sharing experiences and making exchanges with the international community including France. "If France needs it, China is ready to organize remote exchanges and teleconsultations, and even to send a team of medical experts," Lu said.