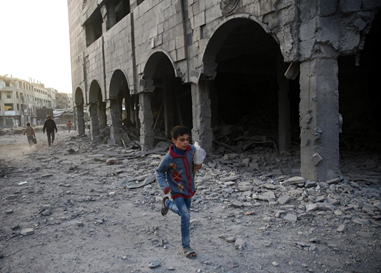 Medical evacuations have begun from the Syrian rebel-held enclave of Eastern Ghouta to Damascus, the International Committee of the Red Cross in Syria said on its twitter account early on Wednesday, without giving details.

Almost 400,000 people in Eastern Ghouta are besieged by forces loyal to President Bashar al-Assad, and the United Nations has pleaded for his government to allow evacuation of around 500 patients who will die without urgent medical care.