Vital medical supplies poured into India on Tuesday as hospitals starved of life-saving oxygen and beds turned away coronavirus patients, while a surge in infections pushed the death toll toward 200,000.

China has expressed its willingness to help more than once in the past few days as the COVID-19 situation in India began to worsen, saying it is discussing aid with India and will provide support within its capacity if requested.

On Monday, 800 oxygen concentrators were airlifted from Hong Kong to the capital, New Delhi, and 10,000 more will be sent in a week, the Chinese Embassy in Sri Lanka tweeted on Monday.

The tweet also said that “China is keeping in touch with India regarding urgent needs.”

On the same day, the Chinese Embassy in India expressed sincere condolences to the people of India, and said China is encouraging Chinese companies to provide pandemic prevention and control supplies and other support India needs.

Meanwhile, medical suppliers across China are receiving a surge in orders from India, Global Times reported, citing Jiangsu Yuyue Medical Equipment as an example. The company has received an order for about 18,000 oxygen machines from Indian medical institutions in recent days.

Chinese smartphone maker Xiaomi announced on April 22 that it will donate Rupees 3 crore (US$40,2221) to procure over 1,000 oxygen concentrators for hospitals in India.

A shipment from Britain, including 100 ventilators and 95 oxygen concentrators, arrived in New Delhi, though a spokesman for Prime Minister Boris Johnson said Britain had no surplus COVID-19 vaccine doses to spare. France is sending eight large oxygen generating plants and Ireland, Germany and Australia are sending oxygen concentrators and ventilators, an Indian foreign ministry official said, underlining the crucial need of oxygen.

The situation in the world’s second most populous country is “beyond heartbreaking,” said World Health Organization Director-General Tedros Adhanom Ghebreyesus, adding that the organization is rushing to help address the crisis. 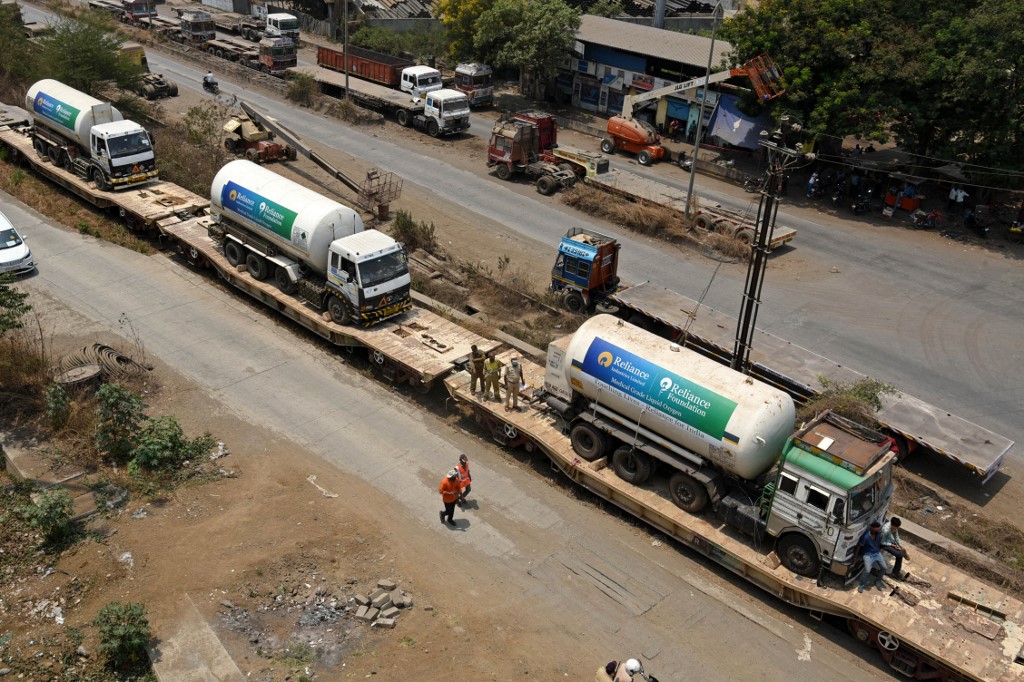 The WHO said it was working to deliver 4,000 oxygen concentrators to India, where a “perfect storm” of mass gatherings, more contagious variants and low vaccination rates have sparked the outbreak.

More than 2,600 WHO experts already working in the country on other health programs have been deployed to respond to the pandemic, the UN agency said.

Fewer infections were largely due to a drop in testing, health economist Rijo M John of the Indian Institute of Management in Kerala state said on Twitter.

“This should not be taken as an indication of falling cases, rather a matter of missing out on too many positive cases.”

Meanwhile, in a bid to tackle the shortage of beds, authorities are turning to train carriages which have been converted into isolation wards.