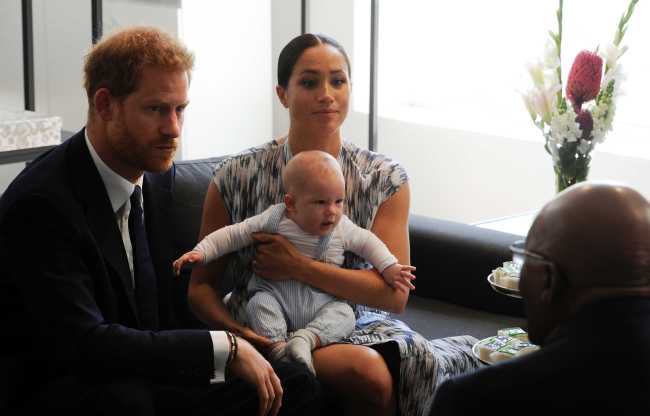 British royal Meghan, the Duchess of Sussex, has sued a tabloid newspaper that she claims illegally published a personal letter she wrote to her father.

The civil lawsuit accuses the Mail on Sunday of copyright infringement, misuse of private information and violating the UK's data protection law with the "intrusive" publication of the letter, a spokeswoman for Schillings, the law firm handling the case, said.

Prince Harry accused the Mail on Sunday of editing the letter in "an intentionally destructive manner" to "manipulate" readers with an unflattering portrayal of his wife, who was the American actress known as Meghan Markle before the couple married in May 2018.

In a long statement lambasting British tabloids more broadly, Harry said the lawsuit had "been many months in the making" following a "ruthless campaign" to smear Meghan by a "press pack that has vilified her almost daily" and created "lie after lie at her expense" during her maternity leave.

"I have been a silent witness to her private suffering for too long. To stand back and do nothing would be contrary to everything we believe in," the prince said in the statement posted on the couple's royal website.

"There is a human cost to this relentless propaganda, specifically when it is knowingly false and malicious, and though we have continued to put on a brave face - as so many of you can relate to - I cannot begin to describe how painful it has been," Harry said.

A Mail on Sunday spokesman told Britain's Press Association the paper "stands by the story it published and will be defending this case vigorously.

"Specifically, we categorically deny that the duchess's letter was edited in any way that changed its meaning," the spokesman said.

Harry has lashed out at British celebrity news coverage before. He lashed out at aggressive paparazzi that stalked Meghan's every move when they were dating and offensive treatment of her biracial heritage by some media.

In Tuesday's statement, he mentioned his late mother, Princess Diana, who died in an August 1997 car crash while being pursued by paparazzi, as the reason he knew the move to take a tabloid to court "may not be the safe one, it is the right one..

"Because my deepest fear is history repeating itself," he said. "I've seen what happens when someone I love is commoditized to the point that they are no longer treated or seen as a real person.

Meghan and Harry are paying for the lawsuit with private and not public funds, the Press Association reported. The news agency said if damages are awarded to Meghan, they will be donated to a charity that combats bullying.

Harry said the couple and their baby son, Archie, have received positive news coverage during their royal tour in southern Africa that demonstrated how Meghan has been subjected to press "bullying" back home.