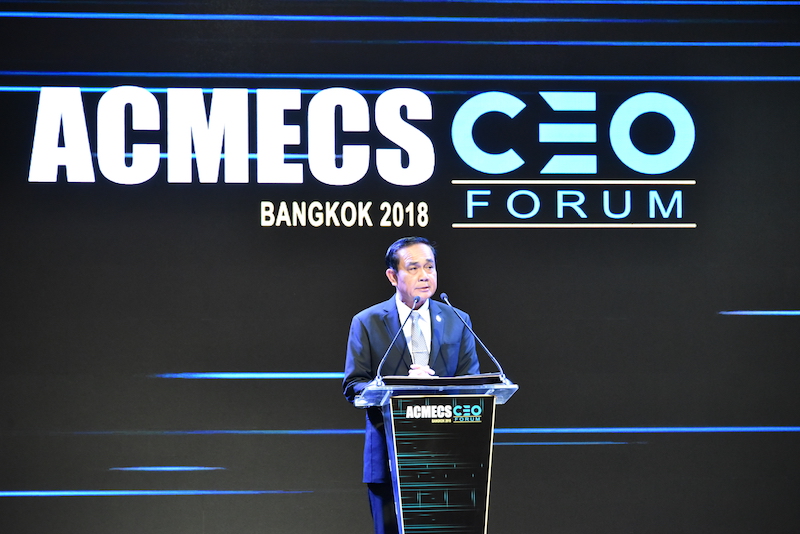 Bangkok (People’s Daily) – Leaders of Thailand, Cambodia, Myanmar, Laos and Vietnam — countries along the Mekong River — are meeting to discuss a plan to integrate their economies and infrastructure.

During the opening ceremony of the Ayeyawady-Chao Phraya-Mekong Economic Cooperation Strategy (ACMECS) CEO Summit held in Bangkok on Friday, Thai Prime Minister Prayut Chan-Ocha said the key objective of ACMECS' development is to foster economic cooperation of the five member states by taking advantage of cultural similarities in order to bridge the development gap among them.

ACMECS is to host its 8th summit in Bangkok on Saturday, and a master plan will be considered that focuses on seamless economic and infrastructure connectivity among members.

Prayut believes that private sector participation in ACMECS development will be very significant under this master plan.

"The private sector will be the driver of regional supply chain integration, which will enable all sectors of the economy to move together simultaneously, and transform the sub-region into a single production base," he said.

As one of the relatively developed economies and the geographical hub of the five countries, Thailand looks forward to playing a key role in ACMECS integration, Prayut said. Apart from collaborating on border issues, and enhancing connectivity in the manufacturing industrial supply chain, he said the areas of integration that could be expedited with immediate results are regional tourism, and the employment of workers from ACMECS countries.

Cambodian Prime Minister Hun Sen reviewed the concrete measures taken by his government toward trade facilitation, Internet connection, and lowering electricity prices. He said that the Cambodian government plans to set up a fund to support the development of SMEs.

"The country is preparing to embrace the potential and benefits of the digital economy, which is growing in the region and world," said Hun Sen. 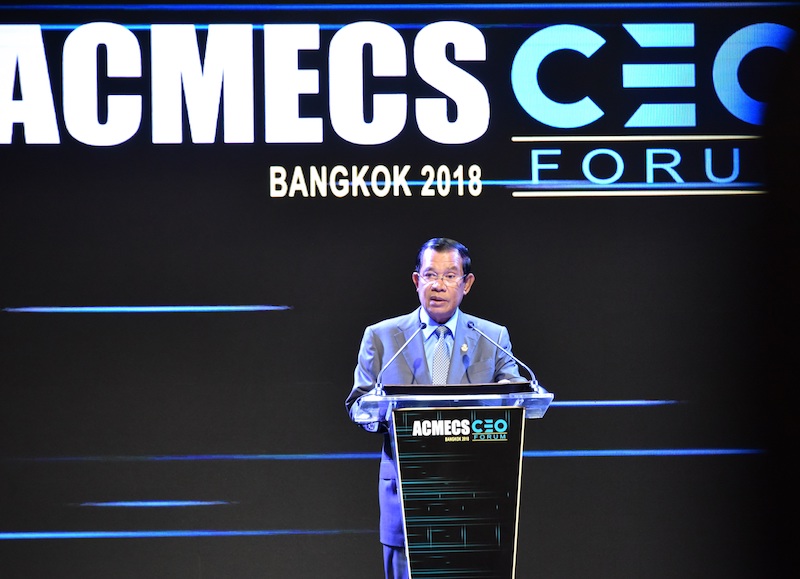