WORLD Melania hits back at critics of her white pith helmet

Melania hits back at critics of her white pith helmet

US First lady Melania Trump hits back at critics who said she made a mistake by wearing a white pith helmet in Kenya, a hat favoured by 19th century European colonialists, because of its association with the exploitation of Africans.

"I wish people would focus on what I do, not what I wear," Trump said on Saturday in Egypt as she wrapped up her trip to Africa.Trump was criticized in June for wearing a green jacket that said "I really don't care, do u" as she headed to visit immigrant children in McAllen, Texas.

As she concluded her Africa trip, Trump received a warm welcome from Egyptian President Abdel Fattah al-Sisi and his wife, Entissar, at the presidential palace in Cairo before she headed to visit the Pyramids and the Great Sphinx.

She wore slacks and a tie as she stepped off the plane in Cairo, where she proceeded to the presidential palace, an ornate cream stone building with arabesque designs.

The U.S. first lady said the message of her tour to Ghana, Malawi, Kenya and Egypt was to show the world that "we care." She dismissed reports about alleged derogatory comments reportedly made by President Donald Trump about African countries and said the issue had not come up on her visit. 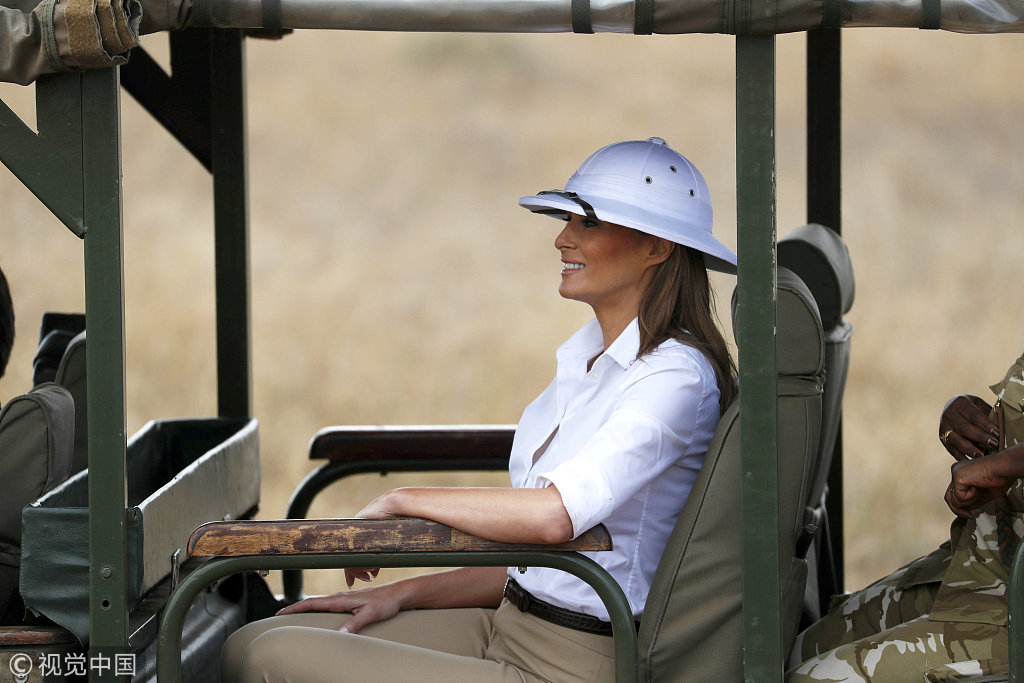 US first lady Melania sits in an open tour vehicle during her game drive at the Nairobi National Park in Nairobi, Kenya October 5, 2018.(Photo: VCG)