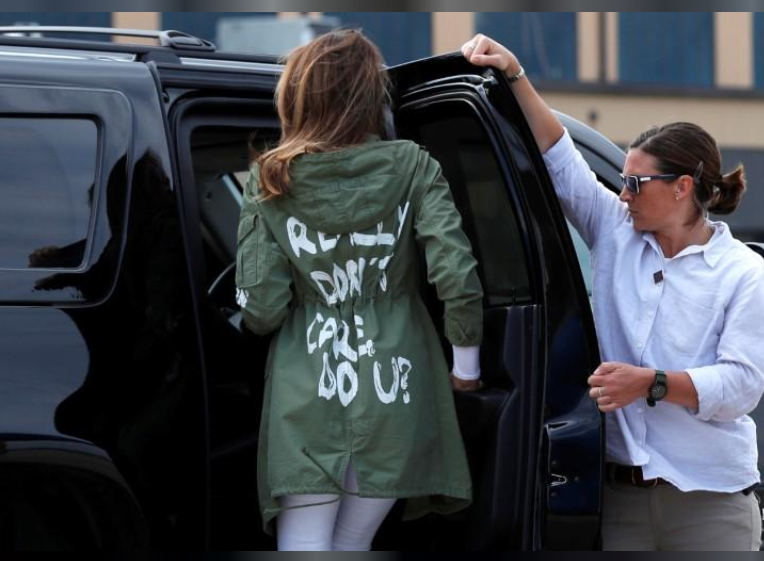 US first lady Melania Trump walks to her motorcade wearing a Zara design jacket with the phrase "I Really Don't Care. Do U?" on the back as she returns to Washington from a visit to the US-Mexico border area in Texas, at Joint Base Andrews, Maryland, US, June 21, 2018. (Photo: Reuters)

The words on the jacket of First Lady Melania Trump created a buzz when she visited children displaced by the country's immigration crisis in Texas on Thursday.

The visit came a day after President Trump signed an executive order revising the decision to separate children from their parents upon illegally entering the US. Illegal migrant children were previously sent to detention centers and foster homes while their parents were detained.

During her visit, Trump met with officials and staff looking after the children at the facility where 55 children aged 12 to 17 were housed.

“I’m here to learn about your facility,” Trump said on Thursday, saying she wanted to find way to “help these children to reunite with their families as quickly as possible.”

However, on her jacket, "I REALLY DON'T CARE, DO U?" was daubed on the back in large white brush strokes. And photos of her wearing the jacket quickly circulated on social media, leading to criticism of her.

For the attention on the jacket, President Trump tweeted: “‘I REALLY DON’T CARE, DO U?’ written on the back of Melania’s jacket, refers to the Fake News Media. Melania has learned how dishonest they are, and she truly no longer cares!”

The Texas trip was the first lady’s most high-profile public appearance since undergoing a surgical procedure for a kidney condition on May 14.