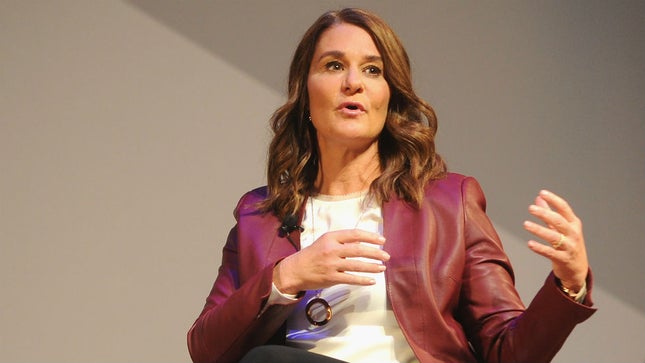 SAN FRANCISCO, May 7 (Xinhua) -- Melinda Gates on Thursday gave a mark of "D-minus" for the lack of national coordination when asked to grade the U.S. administration's response to the COVID-19 pandemic.

"We need leadership at the national level. We lost two months almost now in terms of our national response," Gates, co-chair of the Bill & Melinda Gates Foundation, said in an interview with U.S. news outlet Politico.

"If we were doing the things that the exemplar countries are doing, like Germany, we would be testing, first, health care workers and then the most vulnerable, and you'd be doing contact tracing," she said.

"And we would be able to start thinking about slowly reopening places in society in safe and healthy ways. But we have a lack of a coordinated effort. That's just the truth, across the United States," she added.

"We should be putting far more money into testing and tracing ... to where we can quarantine in the United States," she noted.

Pointing to a huge need at the global level "for a vaccine, for medicines, for testing," Gates said "more is needed for the international response, which the U.S. really has been lacking in its response completely on the international front."

It has been cooperating with national governments and international organizations such as the World Health Organization and the United Nations Children's Fund in the battle against the virus.