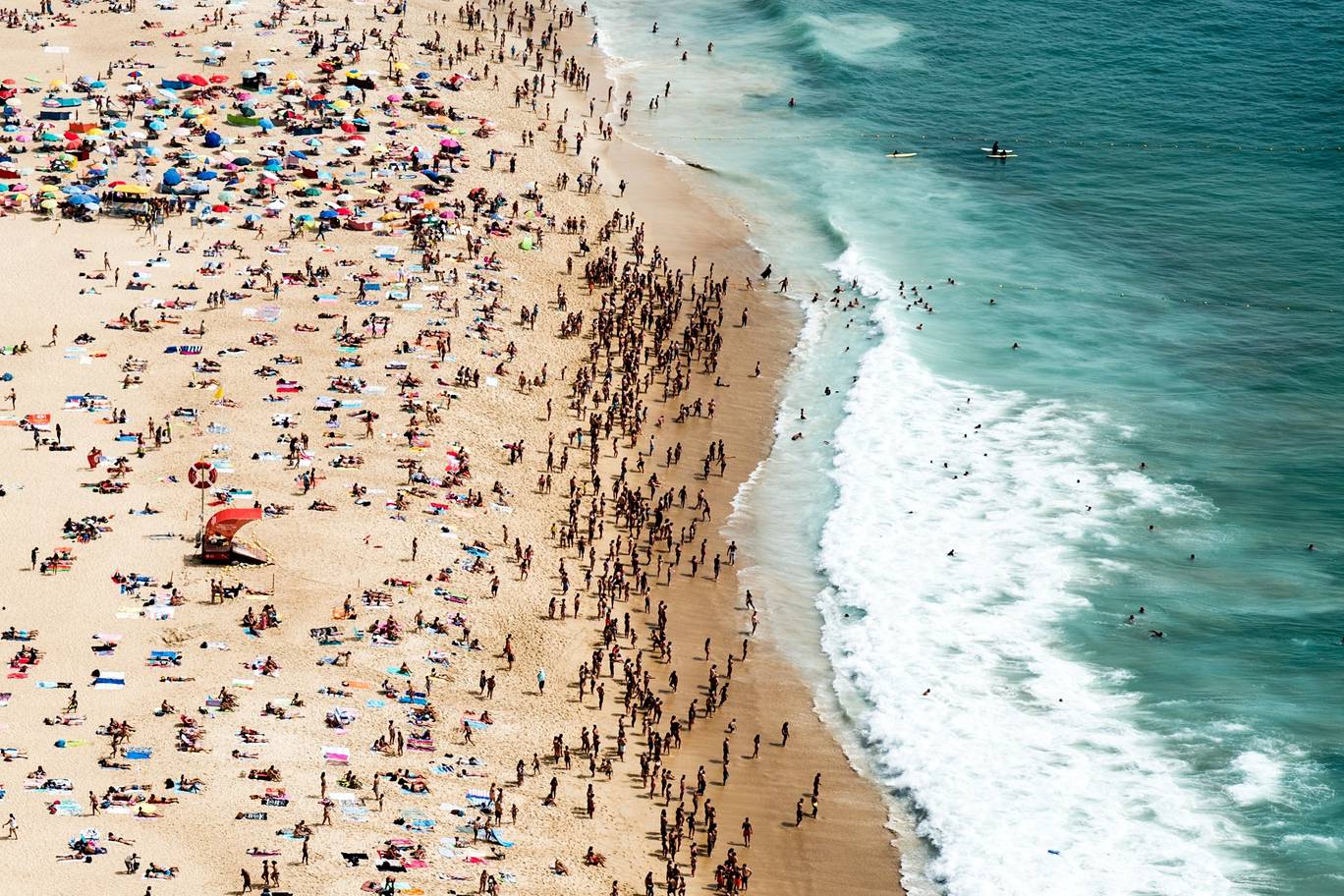 The heatwave reached its peak on Saturday, according to the Portuguese Institute for Sea and Atmosphere (IPMA).

In Monchique in the south, a forest fire raged on two fronts, aided by "a temperature of 46 degrees but a real feel of 50 degrees" and very little humidity in the air, Victor Vaz Pinto, head of rescue operations in the district, told local media.

So far, close to 740 firefighters helped by 10 water-dropping planes and helicopters were working to put it out, according to Vaz Pinto and the civil protection agency.

In Lisbon, authorities have closed playgrounds and called on people to avoid picnics and outdoor activities.

Refuges for homeless people have also opened earlier in the day to allow them to take shelter from the crushing heat. 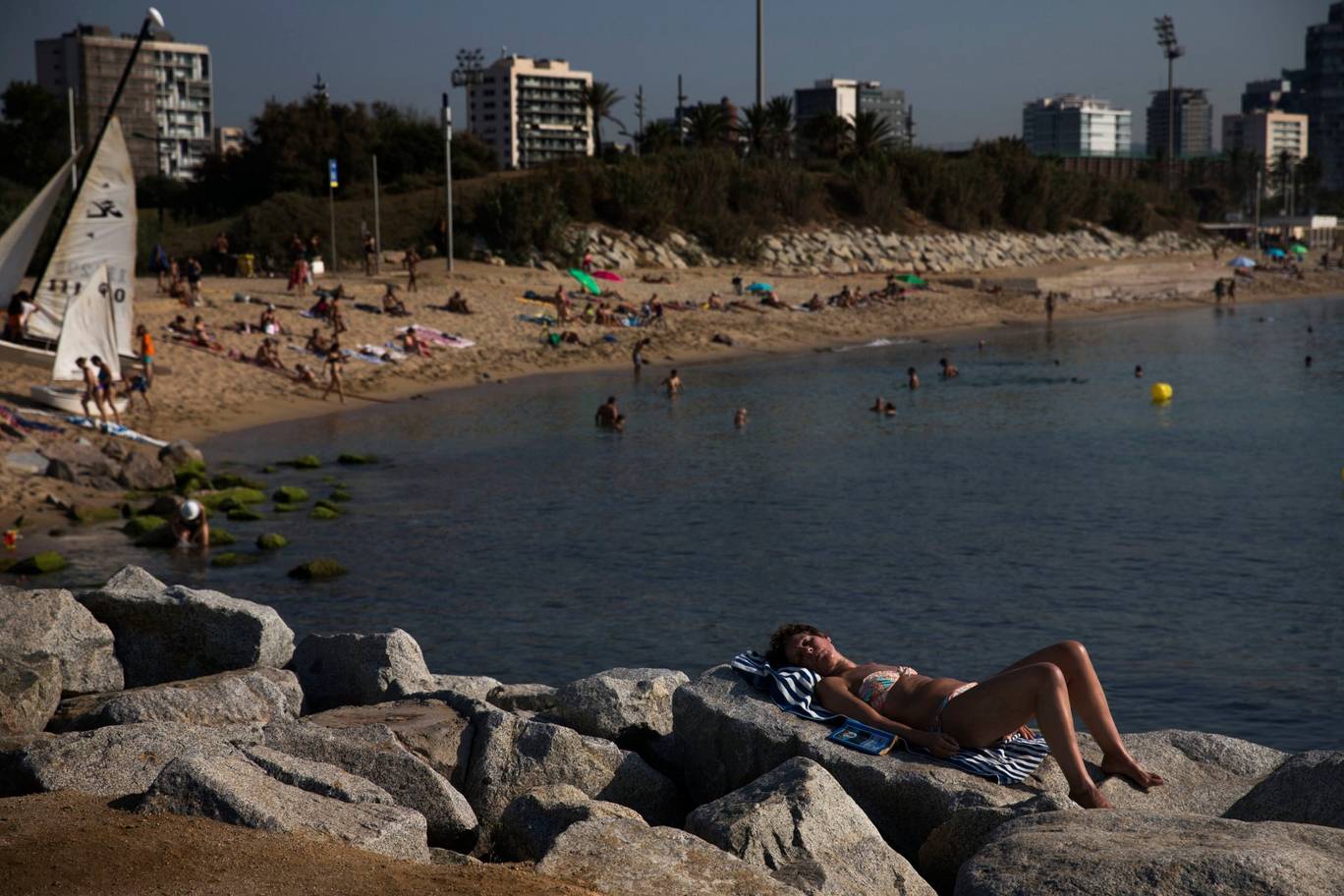 A woman rests next to the beach in Barcelona as weather alerts were issued in Spain and Portugal (Photo: AP)

In southern Spain, the heat continued to pound the tourist city of Cordoba reaching 44 C.

The soaring mercury has already claimed the lives of three people this week.

A middle-aged man in Barcelona, whom media said appeared to be homeless, was found collapsed on a street Friday and taken to hospital where he later died of heatstroke, Catalonia's civil protection agency said in a statement.

Two other men -- a roadworker in his 40s and a 78-year-old pensioner tending to his vegetable garden -- also died from heatstroke this week. 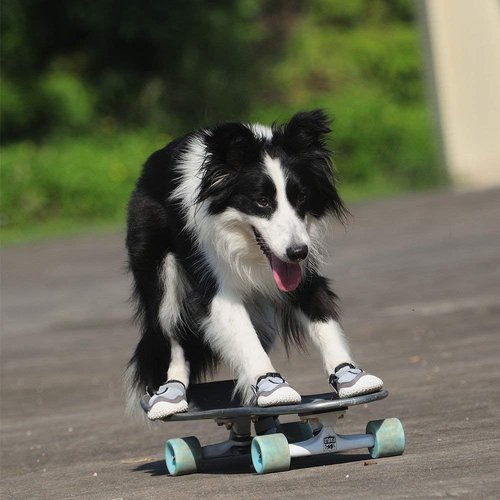 In Vienna, police dogs due to patrol a beach volleyball tournament were fitted with special shoes.

Police said that even if temperatures were not excruciatingly hot, reaching just 34 C on Saturday, the dogs would have to spend hours walking on surfaces exposed to the sun that could easily go over 50 C, and would still need the shoes. 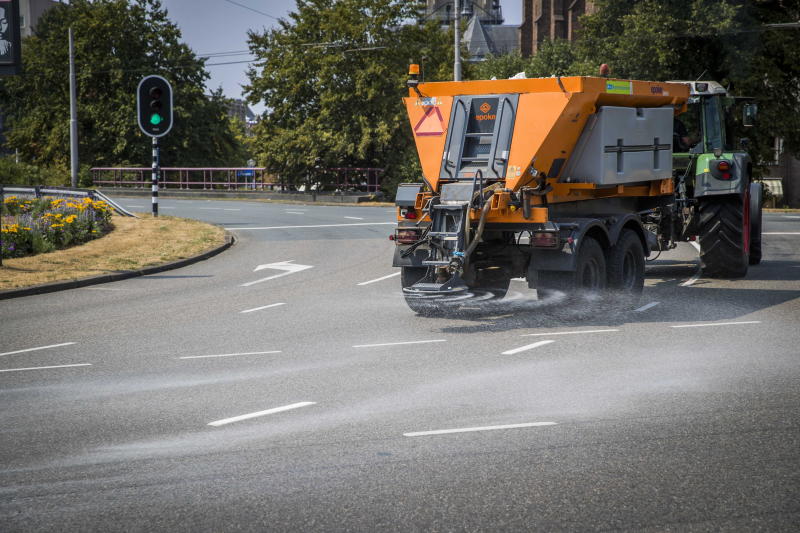 A gritter lorry sprinkles salt on a road in Arnhem, The Netherlands, to prevent the asphalt from melting on July 25, 2018. (Photo: EPA-EFE)

In the Netherlands, authorities closed certain sections of highways where the heat had melted the asphalt.

The central city of Zwolle, meanwhile, started cutting the branches of some 100 poplar trees.

Dutch public television NOS explained that branches could break due to the heat and create danger for drivers or passers-by. 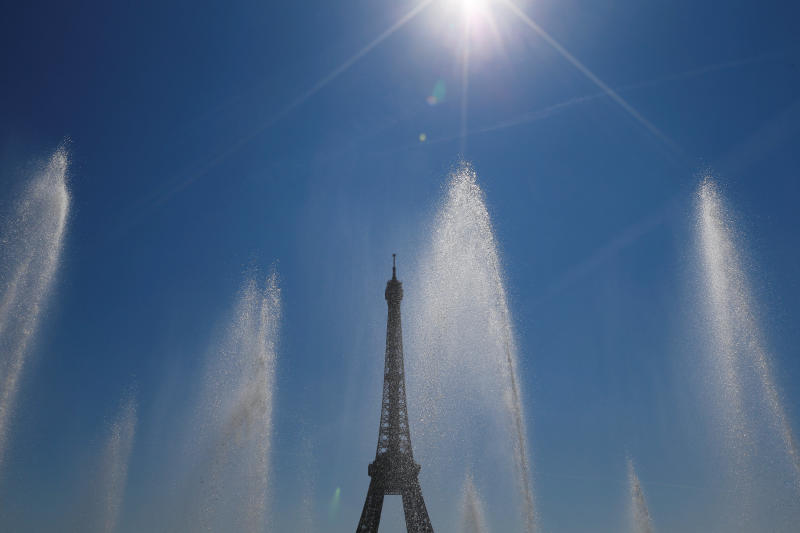 Fountains frame the Eiffel Tower as a summer heatwave with high temperatures continues in Paris, France, on Aug 3, 2018. (Photo: Reuters)

A total of four nuclear reactors in France have been closed due to the heatwave.

French power company EDF said the measures were taken to avoid temperature hikes in rivers. The nuclear plants draw water from rivers to cool down the reactors and then return it to the river.

Saturday was also the summer's busiest day on the roads, as July holiday-makers returned home and those who vacation in August departed.

By late morning, some 705 kilometres (440 miles) of traffic jams had been reported, according to France's traffic authorities, as the sun beat down on the asphalt. 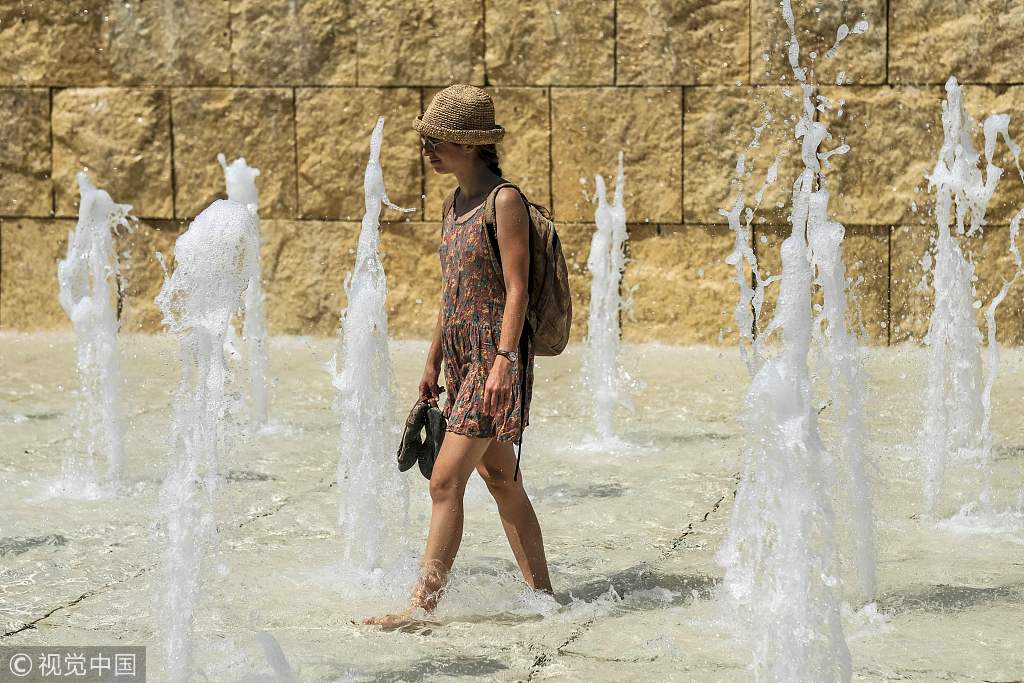 A woman cools herself in a fountain near the Ara Pacis monument, in central Rome on August 2, 2018. Italy is experiencing its first summer heat wave with temperatures approaching 40 degrees Celsius. （Photo: VCG）

Italy too faced the summer's busiest day on the roads for the same reason as France.

Holiday-makers were expected to face adverse weather conditions wherever they went.

In the north, there was no let-up in the scorching heat while violent hailstorms were expected in the afternoon in the south.

This week, the Legambiente association for the defence of the environment published a report on the negative effects of heatwaves.

It revealed that in Lazio, the region where Rome is located, heatwaves had caused around 7,700 deaths since 2000. 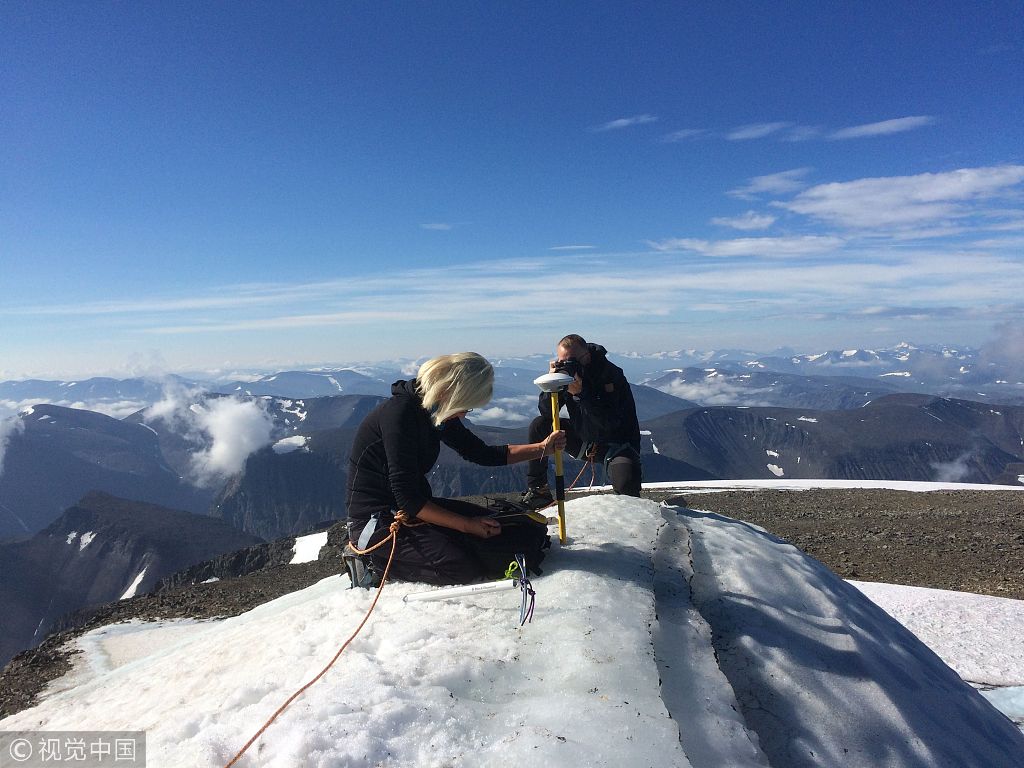 Researcher Gunhild Ninis Rosqvist measures the height of the southern tip of Kebnekaise, which decreased by 13 feet last month amid heatwave (Photo: VCG)

Following its hottest July in 250 years, rainshowers gave Sweden some respite on Saturday across most of the country.

The mercury fell to more typical summer temperatures of around 20-25 C, the Swedish Meteorological and Hydrological Institute said.