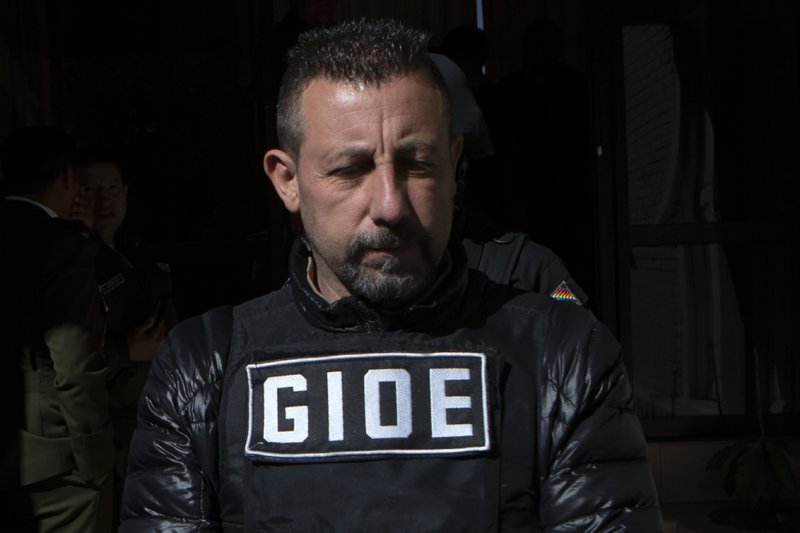 Lumia was captured on Wednesday as he was leaving a luxurious residence in the central city of Cochabamba, during an undercover operation by the Anti-Narcotics Special Task Force in conjunction with Italian agents.

At the time of his arrest, the Italian capo was accompanied by a Bolivian national, and carried the fake identification of a Venezuelan citizen.

The detainee was presented to the media at a press conference, at which Romero said officials plan to investigate Lumia's links to Bolivian citizens and involvement in local money laundering.

Lumia, who is considered highly dangerous, is charged with being part of an international drug trafficking network with links to Colombian cartels.

"There is a judicial ruling against him in Italy and the Italian police are here accompanying us. There is a red notice issued against him and he entered the country illegally," Romero said.

"We decided to deport him, which is the quickest way to avoid (lengthy) extradition proceedings," the official said.

According to Romero, the detainee entered the country in January from the Brazilian town of Corumba on the border with Bolivia, with a fake ID.

Lumia has been on the run since January, when Italian authorities lost track of him in the city of Trapani, in western Sicily.